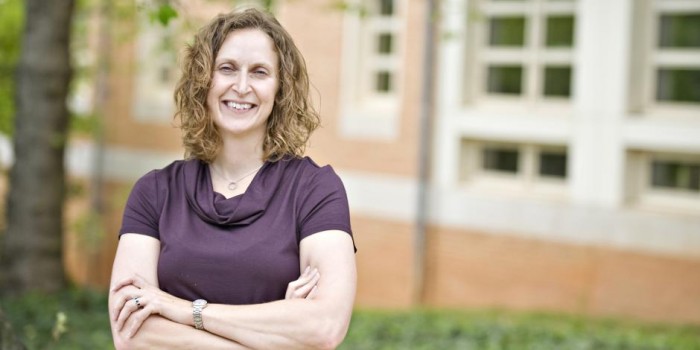 A native of Newport, Ind., Jackie Willingham (’11) received a three-year Public Defender Fellowship from Equal Justice Works and the Southern Public Defender Training Center. She will be moving to Raleigh over the summer to work in the Wake County Public Defender’s Office.

Why did you decide to study law?

I have always been interested in the law’s role in social change. When I left the military and the intelligence community, I decided it was a good time to study law. If I hadn’t done it then, I might have become too complacent in what I was doing to try something new.

Yours must have been an unusual application?

I was in Afghanistan by the end of 2001 as a Marine with the 26th Marine Expeditionary Unit. After leaving the Marine Corps, I worked for the National Security Agency. I’m sure that applying for law school while conducting a technology insertion in Iraq helped my application seem more interesting.

Did you always feel a draw towards defense work?

When I got to law school I had no idea what I wanted to do with a law degree.  I applied with district attorney and public defender’s offices for the summer after my second year. After my summer with the public defender in Raleigh, I knew that was where I wanted to be. A person’s access to a proper defense should not be based on their ability to pay.

Why did you choose Wake Forest?

The director for admissions to the law school, Melanie Nutt, took a group of us in the Washington, D.C. area to dinner. My interaction with her gave me a good feeling about Wake Forest. When I visited campus, the tour emphasized the small classes and clinics. Between that and the beautiful campus, I was sold.

Who has been your mentor?

I didn’t have Dean Suzanne Reynolds for class until this semester, but she has been very important to my law school experience. She has been very supportive especially in starting the Pro Bono Project. Professor Charley Rose is my favorite professor, definitely not the easiest, but the best. I had him for “Criminal Law and Evidence.” If I didn’t understand something in the reading, I’d volunteer in class because I knew that Professor Rose would make sure I understood it by the time we were done.

Did you participate in an internship?

I participated in the Litigation Clinic and the Elder Law Clinic. For the Litigation Clinic, I worked for the U.S. Attorney’s Office. I wrote a lot of position papers, but I also had the opportunity to argue in court during several sentencing hearings. Through the Elder Law Clinic, I assisted older adults with Medicaid and end-of-life planning. I learned much more than I could have learned in a classroom. Both clinics were very important in getting some practical experience before I become a lawyer.

Did you have time for volunteer work?

I served as a Guardian ad Litem for a child who had been removed from his home for abuse and neglect, tutored elementary students at Kimberley Park, and coached basketball at Hanes Hosiery Recreation Center. Through the Pro Bono Project, I also reviewed cases for the District Attorney in compliance with the Racial Justice Act, wrote an appellate brief for an indigent criminal defendant, and researched various issues for the Lumbee Tribe of North Carolina.

What is one of your most meaningful experiences?

Starting the Pro Bono Project.  Prior to law school I didn’t realize how important a formal program was to ensuring students have opportunities to help low-income members of our community. During my second year, another student and I went to Dean Gibbs and Dean Reynolds about our concerns and the Pro Bono Project and the Public Interest Initiatives were born. They have grown an amazing amount in 18 months.