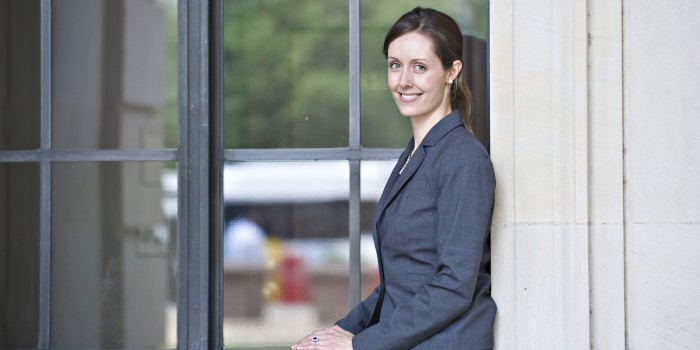 When it came to keeping up with shows at the Kennedy Center or knowing the newest restaurants, Lauren Tozzi (’11) was a Washington insider.

But serving as an extern at the Environmental Protection Agency gave this D.C. area native a whole new perspective on the city she loved.

“Being a part of Washington was completely different,” she said. “Especially after law school, I felt a much deeper connection to the democratic ideals that the city embodies.”

Tozzi worked in the EPA’s Superfund division which provides regional support to the 10 districts around the country that oversee clean-up of the nation’s hazardous waste sites.

While at the EPA, Tozzi helped research and write about regulations connected to the Safe Drinking Water Act. She saw how the EPA decides to intervene in certain situations and how it uses the law to compel companies to do the right thing.

She felt well-prepared for the complexity of the Superfund statute after taking Professor Dick Schneider’s environmental law class. Having a background in such other statutes as the Clean Air Act, also helped in her work at the EPA.

“I think that we certainly pick up a lot of good basic skills in law school, but we don’t get much opportunity to apply them,” she said. “This internship has given me the opportunity to put those skills into action and really learn to apply the knowledge I’ve been working so hard to acquire for the past few years.”

The classroom component of the D.C. program, with its one-on-one feedback gave her an advantage that few beginning professionals in any field enjoy.

“Professor (David) Gottlieb helped us to reflect on what we’ve been experiencing in the work world,” she said. “You don’t usually have that chance to have a mentor or someone who’s guiding you while you’re entering the work world.”

With Washington as a backdrop, Tozzi found that networking happened naturally. She got to know 25 to 30 attorneys in her own division and those contacts led to meeting more people throughout the EPA.

“And then of course, you connect with those people and you have an opportunity to go out to lunch or go out for drinks after work,” she said, “and then you get to know other people.”

Her D.C. externship also served as a valuable contrast to her semester at the Community Law and Business Clinic in Winston-Salem.

“This experience has been at a much broader level,” she said. “It’s kind of 1,000 feet up. You’re looking down on how the government works and how the country functions.”

With her newfound contacts, Tozzi hopes to launch her career in the nation’s capital on a solid foundation.

“I think this opportunity has given me an advantage over students at other law schools who didn’t have this program,” she said.