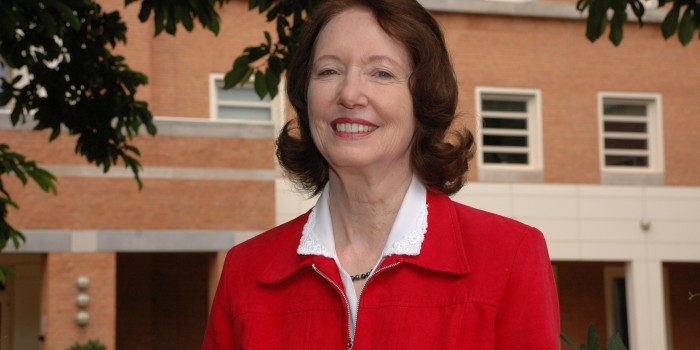 The Judicial Performance Evaluation Committee, composed of lawyers, laypersons and retired jurists, delivered North Carolina’s first comprehensive statewide evaluation of trial court judges. The information obtained through the committee’s exhaustive efforts, combined with a subsequent evaluation of non-incumbent candidates compiled by the Administration of Justice Committee, is now being used by citizens of this state to evaluate candidates for the District Court and Superior Court.

Billings served on the NCBA Board of Governors in 1982-84.

Billings earned her undergraduate degree in 1959 from Berea College in Berea, Ky., where she majored in English. The only woman in the Class of 1966 at the Wake Forest University School of Law, she graduated first in her class. She practiced law with her husband, Don Billings, from 1966-68, and served as a U.S. Bankruptcy Chapter 13 Trustee (1966-67).

When the District Court system was established in North Carolina in 1968, she was one of five successful candidates and the only woman elected to serve in Forsyth County.

She joined the law school faculty at Wake Forest in 1973, serving one year as an assistant professor of law and from 1974-79 as an associate professor of law. She held the rank of professor from 1980-2003. While on leave from August 1984-January 1987, Billings practiced with Billings, Burns and Wells, chaired the N.C. Parole Commission, and served on the N.C. Supreme Court in 1985-86 and as chief justice in 1986.

Rhoda and Don Billings reside in Lewisville. They are the parents of Renee Crawford and Douglas Billings.

The Judge John J. Parker Award was established in 1959 by the NCBA as “the highest honor of this association bestowed in recognition of conspicuous service to the cause of jurisprudence in North Carolina.” Underscoring the significance of the award is the fact that recipients are chosen as merited, not annually.

Judge Parker served with distinction on the U.S. Circuit Court of Appeals for the Fourth Circuit from 1925 until his death in 1958, including 27 years as chief judge. In 1944-45, Judge Parker served as an alternate judge on the International Allied Military Tribunal, better known as the Nuremburg Trials. He practiced law in Greensboro, Charlotte and his native Monroe, and served as special assistant to the U.S. Attorney General prior to his appointment to the bench.