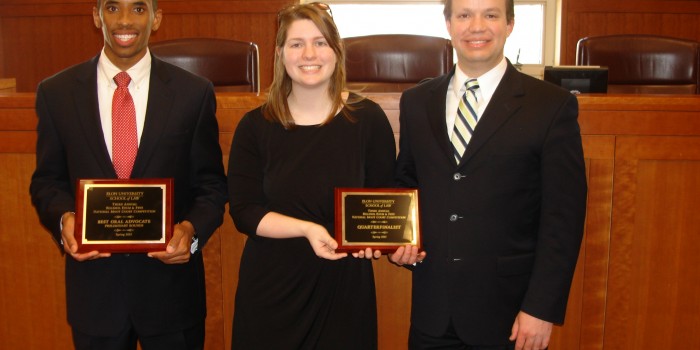 Thirty-five teams from law schools around the country – including such Moot Court powers as Texas Tech, South Texas, Florida Coastal, and Regent – participated in the competition, which is named for three former Chief Justices of the Supreme Court of North Carolina.  This year’s problem had two criminal law issues, including whether a search of the defendant’s home violated the Fourth Amendment, and whether the defendant’s possession of a sawed-off shotgun counted as a predicate offense under the Armed Career Criminal Act.

“I have never seen a moot court team work so well together, and I could not be more proud of them,” said Professor John Korzen, the team’s coach.  “From day one, they planned the work, worked the plan, and produced an excellent brief that earned a very high score.  As oral advocates, they were just as impressive.  They are true professionals who represented Wake Forest in the best possible way.”