North Carolina Insurance Commissioner Wayne Goodwin will speak to the State and Local Government class taught by Adjunct Law Professor Don Vaughan (’79) at 2 p.m. on Monday, Nov. 18. The class, which will be held in Room 1109 of the Worrell Professional Center, is open to the law school community. A reception will follow.

Goodwin told WDTV ABC Channel 11 in Raleigh on Friday that his agency will expedite a review of 2014 health plans following President Obama’s announcement that companies could continue offering policies that don’t meet minimum requirements under the Affordable Care Act.

Goodwin said his office had gotten angry calls from some of the more than 473,000 state residents notified by their insurers that their policies will be terminated at the end of the year. Customers are often not told how their current policies fall short under the new law, which requires coverage for pre-existing conditions, hospitalization, prescription drugs and maternity care.

Goodwin says that like many consumers, he is frustrated by the shifting federal requirements. He says his staff will work with insurers to provide North Carolinians with as many options as possible.

Meanwhile, Blue Cross Blue Shield of North Carolina announced Friday that it will file plans with the state to allow its non-grandfathered customers to keep their current plans for another year.

As Insurance Commissioner, Goodwin has been a champion for consumers through fair ratemaking, injury prevention efforts, and close regulation of insurance company solvency and industry practices. Since taking the oath of office, he has redoubled the department’s efforts in fighting insurance fraud and has saved approximately $1 billion for North Carolina’s consumers and businesses.

In addition to his responsibilities as Insurance Commissioner, Goodwin is the State Fire Marshal and plays a vital role in protecting lives and property in North Carolina. The Office of State Fire Marshal is responsible for training fire and rescue personnel, administering the state building code, securing property insurance for state-owned buildings, and reviewing construction plans for state building projects.

A native of Hamlet, N.C., where his family was active in agriculture, banking and textiles, Goodwin served as the Assistant Insurance Commissioner from 2004 to 2008. In that position, he assisted former long-time Insurance Commissioner Jim Long in increasing the number of fire departments eligible for state grant money, and in fighting out-of-state special interests that tried to increase auto and homeowners insurance rates by stripping away the commissioner’s authority. Goodwin also established a mediation program that is still in use today for consumers disputing insurance compensation settlement offers.

Prior to joining the Department of Insurance, Goodwin served for four consecutive terms in the North Carolina House of Representatives where he represented Richmond, Scotland, Montgomery and Stanly Counties. During his time in the state legislature, he sponsored legislation that led to greater incentives for economic development in rural areas; increases in education spending; improved health care; enhanced public and occupational safety; security, election and campaign finance reforms; and consumer protection. Among many other honors, he received the Leadership in Government Award by Common Cause and the A+ Legislator Award by the North Carolina Association of Educators.

Goodwin serves as chair of Safe Kids North Carolina and is a member of numerous commissions and boards, including the North Carolina Center for Voter Education, the Dialectic and Philanthropic Societies Foundation, and the Methodist Home for Children. He is also an active member of the Kiwanis Club. Goodwin and his wife, Melanie Wade Goodwin — who served three terms in the State House of Representatives from 2005-2010 — are members of Edenton Street United Methodist Church in Raleigh and are the proud parents of daughter Madison and son Jackson. 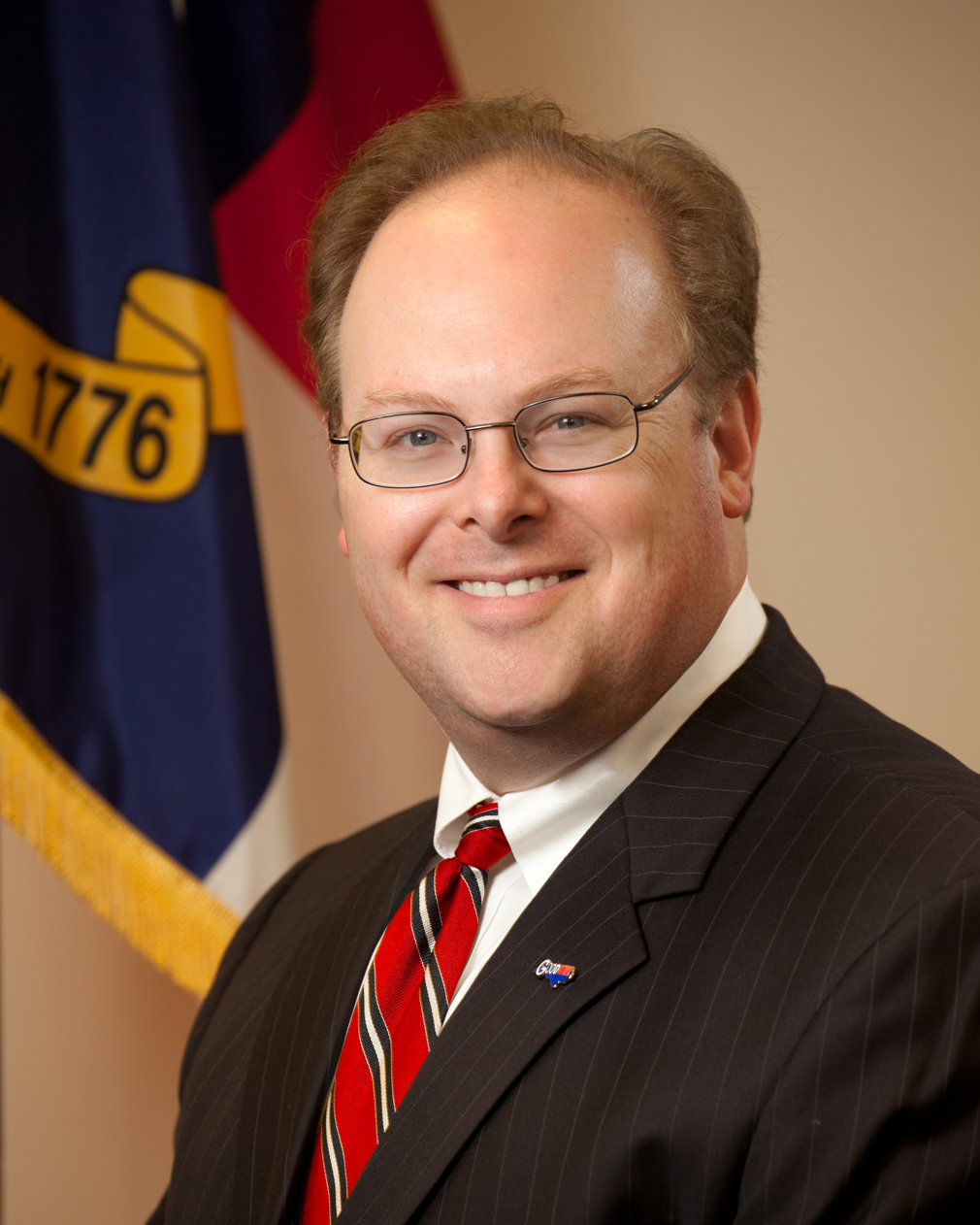