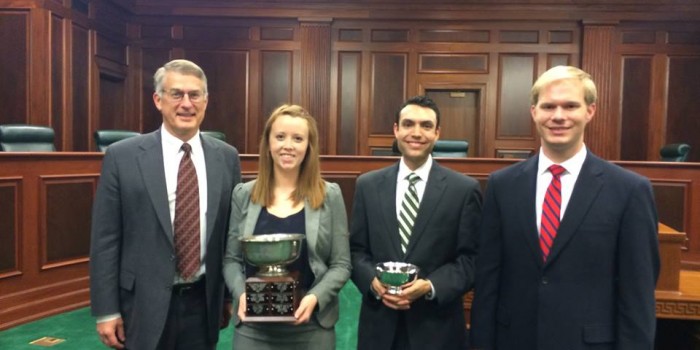 The Wake Forest National Moot Court Team of Austen Irrobali (’14), Justin May (’14) and Lindsay Watson (’14) won the regional tournament held on Saturday, Nov. 16, in Richmond, Va.  As a result, the team advanced to the national finals to be held in New York City on Feb. 10-13.  In addition, Irrobali won the “Best Oralist in the Final Round” award.

The team went 5-0 over two days to claim the top spot.  Twenty-one teams from 12 different law schools competed.  In the preliminary rounds held on Friday, Nov. 15, Wake Forest defeated a team from Campbell and a team from the University of North Carolina, finishing 2-0 and seeded second for the elimination rounds.  On Saturday, Nov. 16, Wake Forest defeated a team from the University of Richmond in the quarterfinals and a team from William & Mary in the semifinals.  The match against the Richmond team was extremely close; after the brief scores and oral argument scores were factored in, Wake Forest edged Richmond by only 0.05 of a point.  Wake Forest benefitted from having the third-best brief score out of the 21 teams.

The finals pitted Wake Forest against Regent University before a five-judge panel of federal and state judges.  Regent had earned the best brief score and was also the defending champion of the regional.  After an argument that the presiding judge noted was “very closely matched,” the team and best oralist awards were announced.

The team earned the awards through much hard work and a strong love for advocacy.  After completing their brief on Oct. 18, the team had 10 formal practices before a mixture of judges composed of faculty members, including their adviser, Professor John Korzen; alumni; and fellow 3Ls.

The problem for this year’s National Moot Court Competition, which is in its 64th year, involves a First Amendment challenge and a dormant Commerce Clause challenge to state statutes regarding the advertising and bottling of sugar-sweetened beverages. 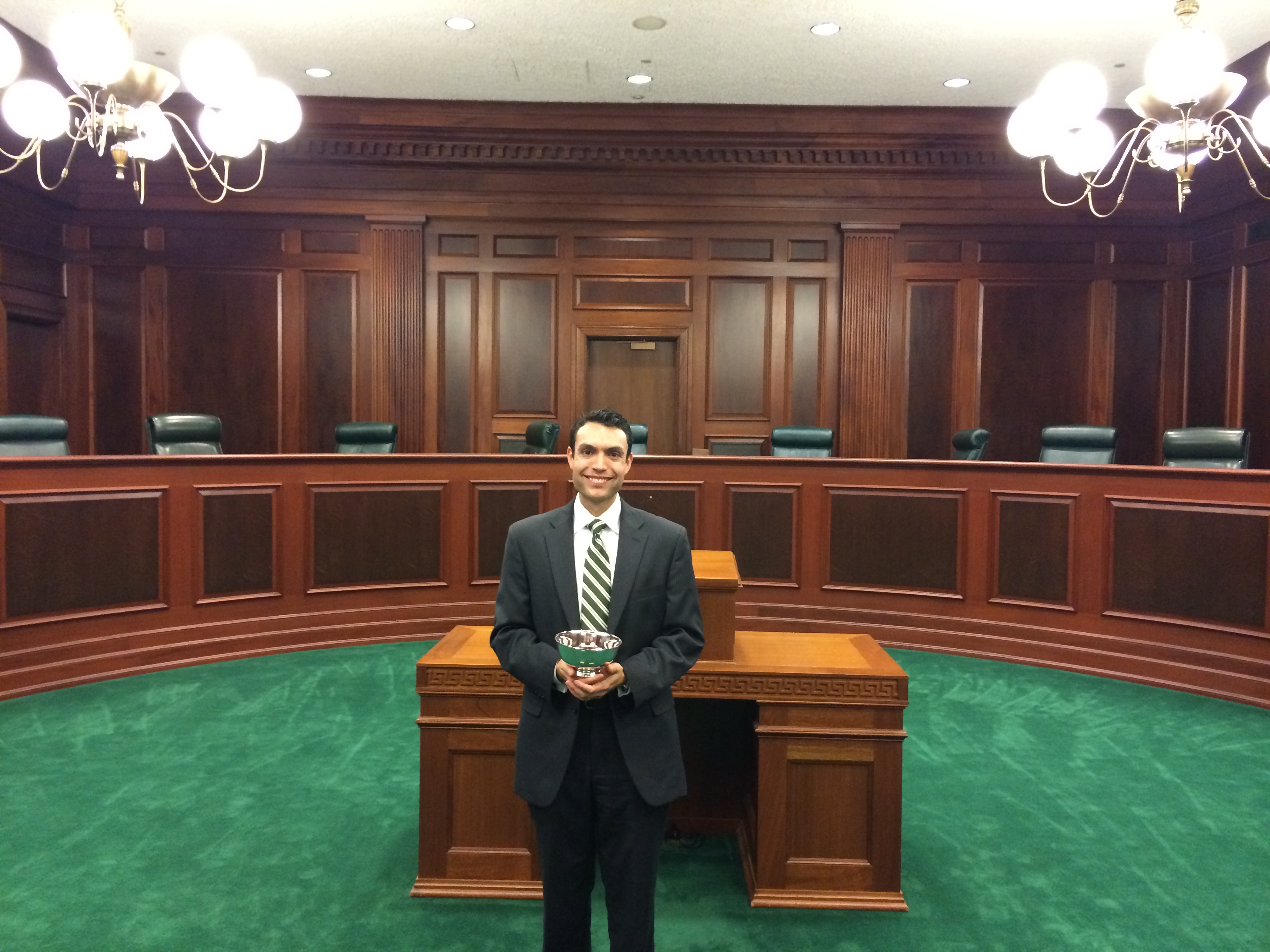