The Honorable Andre M. Davis of the U.S. Court of Appeals for the 4th Circuit in Richmond, Va., will participate in Wake Forest Law’s Jurist-in-Residence program Feb. 24-27.

Previously Davis served as a federal district judge, and was first nominated for a seat on the U.S. Court of Appeals for the 4th Circuit by President Bill Clinton in 2000. Davis was re-nominated by President Barack Obama in 2009.

As part of the Jurist-in-Residence program, Davis will teach a morning class on Criminal Procedures, Civil Procedures, and Federal Courts. His visit also includes a schoolwide presentation and a meeting with select law students over tea — a tradition he regularly has with his clerks – as well as other events for faculty and alumni. 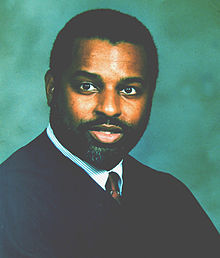 The Wake Forest Law Jurist-in-Residence Program began in 2009 with E. Norman Veasey, the former Chief Justice of the Delaware Supreme Court. Veasey taught a course on “Corporate Governance and Professional Responsibility,”  which explores the “real world challenges and pitfalls for a lawyer for the corporation.”

This is not Davis’ first visit to the law school. He served as a panel judge for the 40th annual Stanley Moot Court Competition sponsored by Wake Forest Law’s Moot Court Board in 2011.

“I know excellence when I see it and I saw it here today,” Davis said at the time. “The strongest oral argument I observed last year on the court was an argument from a Wake Forest Law student for the Appellate Advocacy Clinic.”

Davis has announced he will be taking senior status from the U.S. Court of Appeals for the 4th Circuit on Feb. 28, 2014.