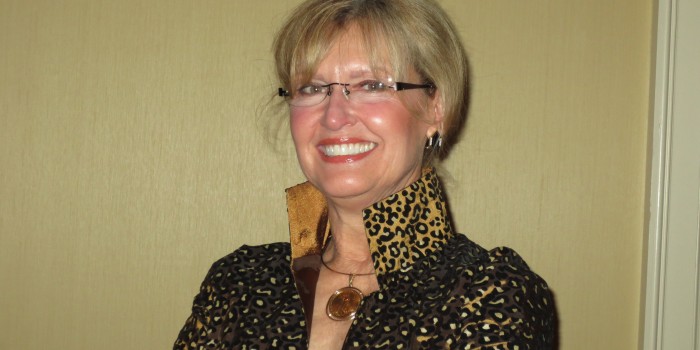 Professor Carol Anderson, the Director of Civil and Criminal Externship Clinic at Wake Forest School of Law, is quoted in the Winston-Salem Journal regarding her comments about the highly publicized and tragic Hasani case that has recently fallen apart due to the introduction of new evidence. In her commentary, Anderson states, ”Doing justice isn’t always satisfying. This is definitely one of those instances. Everybody loses.”

The same day that a Forsyth County judge declared a mistrial in the Billy Roger Bailey case, Forsyth County prosecutors told Hasani Wesley’s family that the only realistic option would be for Bailey to plead guilty to a misdemeanor.

Bailey had been on trial in April for involuntary manslaughter and passing a stopped school bus causing injury or death in connection with the death of 11-year-old Hasani, a sixth-grader at East Forsyth Middle School, on Dec. 19, 2012. Hasani had missed his school bus, which turned around to head in the opposite direction on Old Hollow Road than it normally does. He was crossing Old Hollow Road when he was hit by Bailey’s Jeep Cherokee and thrown 125 feet. Hasani’s spine was severed and he died later at Wake Forest Baptist Medical Center.

The jury had deliberated seven hours over two days when prosecutors discovered new evidence that severely damaged their case. That evidence included an improper investigation into the case by former school transportation director Rhonda Fleming and the questionable driving record of school bus driver Stephanie Fulton, a key witness in the case.

“After reading the information that was the subject of the mistrial, I gave a new and sobering assessment of the facts to the family and Mr. Little (Larry Little, one of the civil attorneys representing the family),” on April 23, the day of the mistrial, said Assistant District Attorney Jennifer Martin in an e-mail. “My assessment and professional opinion was that a misdemeanor plea would now be a realistic outcome of the case.”

Martin, who did not prosecute the case but was brought in to supervise after the mistrial, said that in order to be sensitive and cautious, prosecutors told the family that they would seek additional information from the school system. But on June 10, after reviewing 4,000 pages of information from the school district prosecutors decided on offering a misdemeanor plea deal to Bailey.

Odina and Norris Wesley, Hasani’s parents, opposed the deal, saying prosecutors should have retried Bailey on the felony charges. Odina Wesley said in court that it sends a dangerous message when someone who is accused of passing a stopped school bus gets a slap on the wrist.

Martin said that’s simply inaccurate. Prosecutors, she said, have an obligation to tell victims and their families about plea offers and court dates. But the final decision on whether to accept a plea deal falls squarely on prosecutors, she said.

“The prosecutor alone has the ultimate responsibility and duty to make charge and trial decisions on behalf of the State of North Carolina,” Martin said. “As (Forsyth County District Attorney Jim) O’Neill said on Monday, we are entrusted to make the tough decisions not popular ones.”

Hasani’s case was a closely watched one and it had already sparked new legislation named after him that stiffened penalties against people who passed stopped school buses.

Under the Hasani N. Wesley Students School Bus Safety Act, drivers will pay a minimum fine of $500 for violating school bus stop-arm laws, with higher fines for drivers who injure or kill someone. Repeat offenders could lose their license.

During the trial in April, prosecutors Matt Breeding and Brian Taylor called witness after witness who testified that the school bus was stopped, with the red lights flashing and stop arm extended, when Hasani was hit. Fulton, the school bus driver, was one of the prosecution’s key witnesses.

After the mistrial, Breeding sent a subpoena to the school district, which produced about 4,000 pages of information. Among those 4,000 pages were Fulton’s personnel file that included her driving record with the school district and records of complaints against her. The documents included an e-mail conversation among several transportation supervisors that contained statements that Fulton had been the subject of numerous complaints and needed assessments. The conversation ended with a supervisor responding “LOL,” an abbreviation for “laugh out loud.”

The documents also outline complaints against Fulton for speeding, crashing into another bus and entering a traffic circle against the flow of traffic. Fulton was fired in 2006 but was rehired about six months later. Emails suggest that the school system retroactively readjusted her driving points in order to rehire. Her driving record with the school system is part of her personnel record and is not public record, school officials have said.

During the trial, George Cleland IV, one of Bailey’s attorneys, went after Fulton’s credibility by arguing that what she said on the witness stand was different from what she told troopers on Dec. 19, 2012 about where Hasani was standing before he crossed the road.

In a retrial, Bailey’s attorneys would likely use Fulton’s driving record to weaken Fulton’s credibility as a witness.

Prosecutors said another problem in the case came from revelations that Rhonda Fleming, the school system’s former director of transportation, had been conducting an improper investigation into the case. Don Martin, former school district superintendent, had referred to Fleming’s activities as “tampering with the investigation” and “contaminating the evidence.” Don Martin had told Fleming several times to stop the investigation because it could cause problems for the prosecution.

Don Martin also thought that Fleming had “coached” Fulton and bus monitor Yvonne James, who had also testified, and suggested that “evidence changed” following their “interviews” with Fleming.

Bailey’s attorneys, George Cleland and George Cleland IV, would likely seek to have some of that evidence introduced in a retrial and would use it in cross-examination of witnesses. Fleming did not testify in the April trial.

Finally, after the mistrial, Breeding asked Trooper Brian Palmiter, the accident reconstruction specialist for the N.C. Highway Patrol, about the testimony of defense expert Steve Farlow. Farlow had testified that the bus was stopped between 20 and 29 seconds with the red warning lights flashing, in direct contradiction to all of the state’s witnesses.

Palmiter told Breeding that he agreed with Farlow and confirmed that opinion in a conversation with Breeding on June 20.

Breeding reviewed the 4,000 pages of information from the school district and wrote a summary, Jennifer Martin said in her e-mail.

After reviewing the summary on June 10, prosecutors made a final decision that the case be resolved by Bailey pleading guilty to misdemeanor death by motor vehicle.

Breeding called Odina Wesley to set up a meeting at the district attorney’s office. The meeting was scheduled for June 19 and on that day, Breeding shared his findings with the family and the decision that the case must be resolved by a misdemeanor plea, Martin said.

Cleland said Martin sent him an e-mail informing him of the formal plea offer, and Bailey agreed to it, saying it would be in his best interest.

Little said that he had talked with one of the jurors who told him that the jury had already agreed to find Bailey guilty of involuntary manslaughter and were close to agreement on the charge of passing a stopped school bus around the time that the mistrial was declared.

He said prosecutors should have worked to retry Bailey on the felony charges.

On Monday, Odina Wesley said, “We wanted Mr. Bailey to stand trial again and be prosecuted to the full extent of the law. My husband and I were told by Assistant District Attorney Jennifer Martin that they did not want to try the case again and legally we had no say in the matter. They were simply telling us of their decision as a courtesy to us.”

She called the decision “discourteous and disrespectful to Hasani Wesley’s family.”

Carol Anderson, a law professor and director of the Civil and Criminal Externship Clinic at Wake Forest, said prosecutors such as Forsyth County District Attorney Jim O’Neill are held to a higher standard and are not simply there to win convictions.

“That’s not his job,” she said. “His job is to look at the case and decide should we try this.”

“Burden of proof is not we think he’s probably guilty,” she said. “That’s not good enough. We as jurors have to have no reasonable doubt that he saw those lights flashing, saw the stop arm out and deliberately went around the school bus.”

And with the new evidence, the crux of their case against Bailey was severely weakened, she said. It would have been difficult to retry the case based on that new evidence, Anderson said.

It’s a hard case, she said, because you have a mother who has lost her 11-year-old son, and sometimes seeking justice can be unpopular and ugly.

“Doing justice isn’t always satisfying. This is definitely one of those instances,” Anderson said. “…Everybody loses.”

View the entire article on the Winston-Salem Journal website.