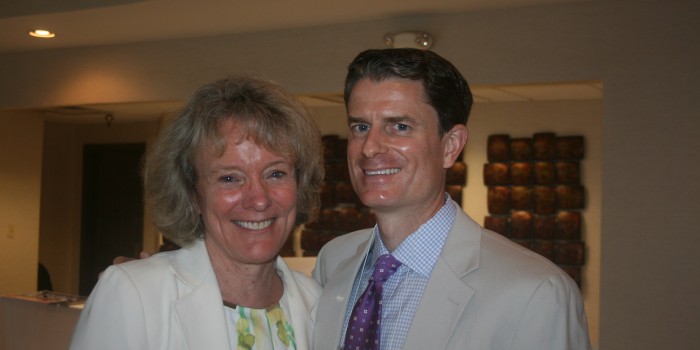 Coleman Cowan (’95) is not a typical law school alumnus.

He followed his father, J. Donald Cowan Jr. (B.A. ’65,  JD ’68) of Raleigh, by graduating with honors from Wake Forest Law and for a time litigated complex product liability cases for North Carolina law firms. Coleman maintained a national caseload, winning many significant awards for his clients. In 2002, he was selected by his peers as one of North Carolina’s “Legal Elite” in litigation.

That’s where his story takes a sharp turn.

After being the victim of a shooting in Durham, Coleman decided he wanted to make a life change. He earned his master’s degree with honors from Columbia University’s Graduate School of Journalism in May 2007 as a member of the inaugural class of the Stabile Center for Investigative Journalism.

He began writing stories for BusinessWeek Magazine, The New York Times, the Columbia Journalism Review and the Raleigh News & Observer, among others.

Today Coleman is a producer for the CBS news magazine “60 Minutes” and “60 Minutes Sports.” He has earned the Polk, Peabody, Murrow, Gracie and Business Emmy awards for broadcast journalism, and has reported stories from Asia, Australia, Europe, North and South America, according to his website.

“I am very glad I took the time to look outside the traditional bounds of a legal practice and took this journey that has led me to become a journalist for 60 Minutes,” he said. “The thing that excites me the most about this job is the unknown. On any given day you can be sent to anywhere in the world.”

“One of the good foundations I got at Wake Forest was being able to teach yourself the law. What I learned beyond the traditional law practice is that it applied to virtually anything you wanted to do.”

“It’s interesting to look back, sitting in Professor Charley Rose’s criminal law class or Professor Suzanne Reynolds’ contracts class, that I would get to do the things I do now.”

Watch an alumni video Cowan is featured in here.