In the team’s first round, Hassold and Shields posted some of the highest argument scores of the competition. Kryst posted highest scores in both knock-out rounds, including the quarterfinal where she was matched against and bested a competitor who had argued (and won) before the Ninth Circuit last fall. 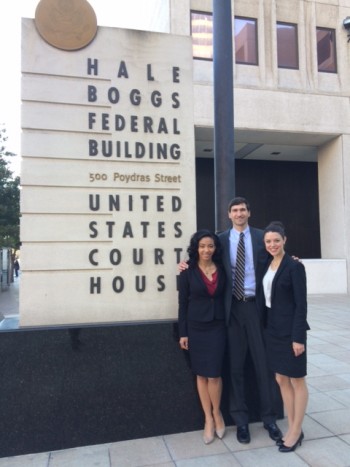