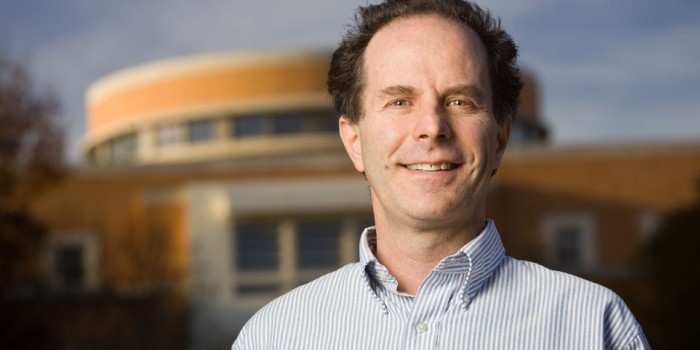 Professor Alan Palmiter tells The Associated Press in a story about Duke Energy paying $146 million to settle claims from shareholders after the company ousted its CEO, “The decision to settle was probably driven by insurers who feared forking out more if the case went to trial.”

America’s largest electric company said Tuesday that it will pay nearly $150 million to settle claims that shareholders lost millions when it ousted its CEO hours in a surprise move after a long-anticipated buyout.

Duke Energy said its insurers and shareholders would pay $146 million – an “off the charts,” number for such a settlement, according to one expert – to end the lawsuit filed after the company’s July 2012 buyout of Raleigh-based Progress Energy Inc.

Duke set aside $26 million for the amount not covered by insurance and said consumers would not pay the cost.

The company denied the allegations, and it denies any wrongdoing as part of the settlement, which must be approved by a federal judge in Charlotte. Duke Energy spokesman David Scanzoni said the company had no comment beyond its prepared statement.

The decision to settle was probably driven by insurers who feared forking out more if the case went to trial, said Alan Palmiter, a business law professor at Wake Forest University.

For litigation prompted by a merger, “$146 million is off the charts,” said James Cox, a securities law specialist at Duke University. “It is probably an indication that the amount of money that was involved here, if it gone to trial, would have been a very significant recovery.”

Over the past six years, about nine out of 10 corporate mergers valued at more than $100 million have been challenged by shareholder lawsuits, according to an annual report by Cornerstone Research, which consults with attorneys in complex litigation. Fewer than 10 percent end up with any payments for shareholders, the report said.

Few shareholder lawsuits in recent years have seen settlements in the ballpark of Duke’s, though Freeport-McMoRan Inc. settled for $137 million in January over a pair of 2013 acquisitions.

The lawsuit against Duke said the company violated federal securities laws by misrepresenting the terms of the buyout to shareholders.

Johnson’s ouster was “the most blatant example of corporate deceit that I have witnessed during a long career on Wall Street,” John Mullin III, the former lead director of Progress Energy, said at the time.

Thousands of individual and institutional investors are covered by the class-action settlement, but exact numbers are not available, said Scott Zdrazil, first vice president of Amalgamated Bank, one of the lead plaintiffs in the case. A unit of the Service Employees International Union owns a majority of the New York bank.

North Carolina regulators and the state’s attorney general launched separate investigations into whether the utility misled officials who approved the merger. Subsequent hearings into what led Duke Energy’s board to dump Johnson forced the company to pay another $30 million for ratepayers and low-income assistance and dictated the replacement of several other executives and board members.

Duke Energy has more than 7 million customers in the Carolinas, Ohio, Kentucky, Indiana and Florida.