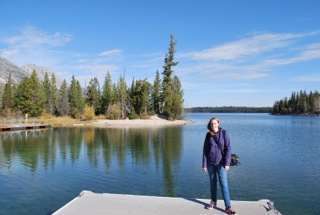 A number of high-profile cases involving sexual assault on college campuses have galvanized public attention in recent years. But beneath the hyperbole of headlines and dueling debates on cable news shows,  Caitlin Stanley Burks (’11) is one of a cadre of lawyers who diligently work to shed light, not heat, on the cases they investigate.

Burks currently works with the U.S. Department of Education’s Office for Civil Rights (OCR) in Seattle where she investigates civil rights complaints filed against public school systems as well as colleges and universities. One of the highlights of that work has been investigating complaints under Title IX involving sexual assault and sexual violence on college campuses. Her office reviews how schools handle such complaints—is the response prompt and equitable? Are the schools safeguarding students who complain from retaliation or hostile environments?

“It is an issue I care deeply about, and our work has gone a long way to help ensure that all students can feel safe on campus,”she said, “and has helped increase discussion about this important topic at the national level.”

The work is slow and painstaking because of the young lives at stake, as well as the reputations of the institutions involved. One of the most fulfilling parts of her job involves investigating complaints because it gives Burks a chance to meet with complainants in person, many of whom express gratitude for OCR’s focus on this issue.

“The work we do certainly involves some heavy legal analysis, but it gives me a great opportunity to see the human impact of our work on the ground level. I like that every day is different and that every complaint that comes through the door is unique.”

As the sister of a brother with autism, Burks found her passion for educational access and opportunity early in life. That passion found a number of career channels at the Wake Forest Law.

Burks first learned about the Office for Civil Rights during her first year of law school when she attended a Career Option event and met Christine Bischoff (’04) who was working at OCR’s Program Legal Group. Burks interned during her second year at the office where she now works in Seattle. That internship was made possible by a grant from the law school’s Public Interest Law Organization (PILO). Bischoff, who is an attorney at the North Carolina Justice Center in the Education and Law Project, now teaches education law at Wake Forest Law.

As part of the law school’s first group of Metropolitan Externship students, Burks’ externship with OCR’s Program Legal Group division in Washington, D.C., gave her an opportunity to work on a school assignment plan, research bullying laws and help draft documents explaining how OCR works. That experience confirmed her focus on a career in public service.

While in law school, Burks found an opportunity of a different sort in fellow law student, Adam Burks (’11), whom she married in May 2013. Burks is currently a patent attorney with Knobbe, Martens, Olson & Bear, LLP, an intellectual property firm, in Seattle.

“We were friends the first two years of law school,” she said. “And he always managed to cheer me up and help me momentarily forget about the stresses of classes and job hunting.”

Though the market for JDs has grown tighter in the four years since her graduation, Burks is optimistic that opportunities are out there for graduates if they focus on developing their skills.

For much of her time at HUD, Burks didn’t serve as an attorney, but her work gave her a chance to refine her analytical skills and practice the writing fundamentals she developed at Wake Forest Law.

“I’d say it’s important to remember that your first job certainly doesn’t have to be your only job, and that every opportunity you pursue will help you develop as a professional.”

View her profile on LinkedIn. 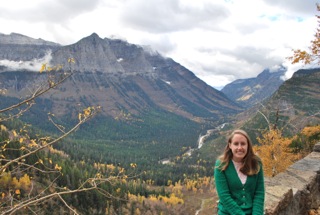