The members of the Stetson International Environmental Law Moot Court Team received the third-place medal for best brief in the international round held at Stetson College of Law in Gulfport, Fla. on April 16-18, 2015.

The team, led by Professor John Knox, is composed of law students Elissa Hachmeister (’16), Ashley Escoe (’16) and Emily Singer (’16). The team did splendidly throughout the competition, according to Professor Knox.  They won three matches (including over China and India) and made it to the round of eight. The team only lost twice–once to Ireland, the eventual champion, and then once to a team from the Philippines. 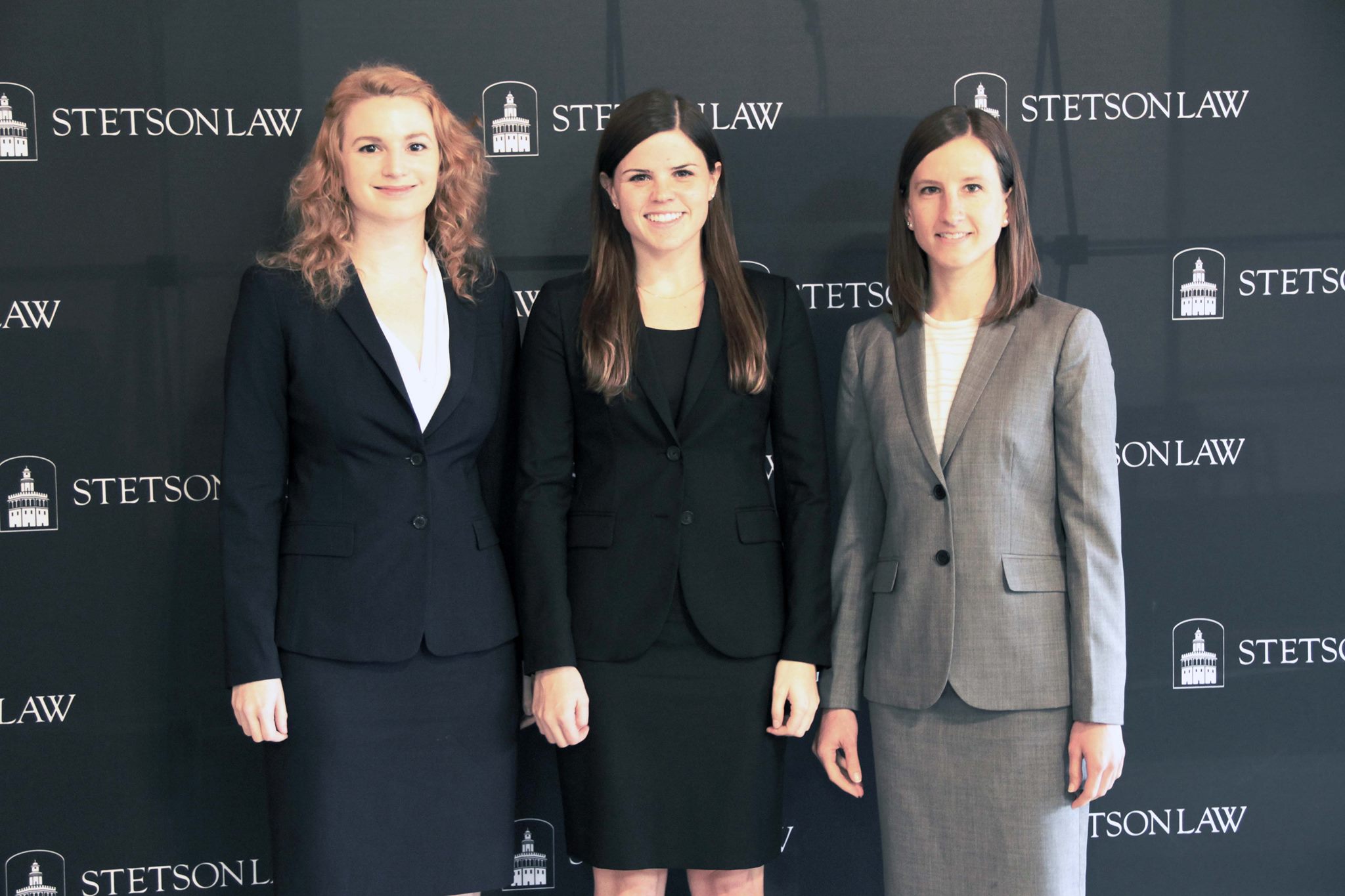 Wake Forest Law’s moot court team was undefeated at the North American Regional Competition.  They swept in the three early rounds and won both the semi-finals and finals, earning a spot in the international round where they debated on the topic of Shark Finning and Trade Restrictions.

“Please join me in congratulating them on doing such a terrific job,” says Professor Knox. “They upheld the Wake Forest pennant in a truly international competition!”

More information on the competition can be found on the Stetson Law website.