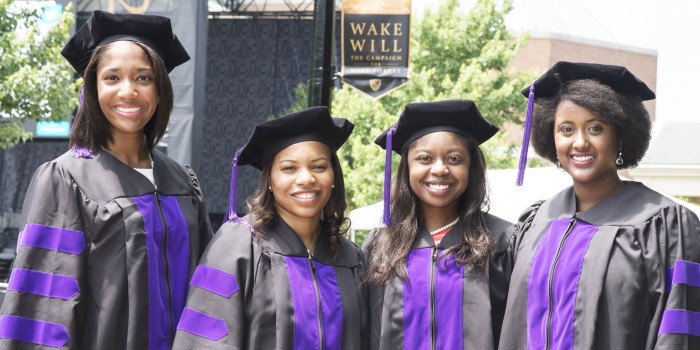 The Wake Forest University School of Law conferred hoods on 181 graduates, including 13 African-Americans.
Four African-American women in the class of 2015 received awards.

*Elizabeth Bahati Mutisya of Raleigh received the E. McGruder Faris Memorial Award and $200 cash, which is given to the student exhibiting the highest standards of character, leadership and scholarship.
As editor-in-chief of the Wake Forest Journal of Law & Policy and president of the Immigration Law Society, Bahati Mutisya has not only served as a leader during her time at Wake Forest Law, but in the university’s spirit of Pro Humanitate, she has also given back to the local community by volunteering with the Big Brothers, Big Sisters program.