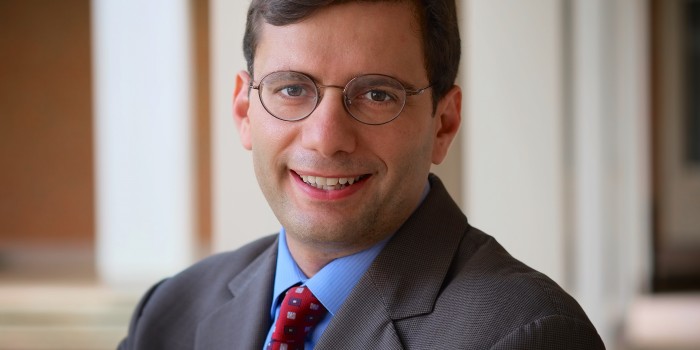 A conference, sponsored by The Democracy Program at Ohio State University, in conjunction with Ohio State University’s Moritz College of Law, on “Election Law Stories,” a book being edited by Professor Eugene Mazo, along with his colleague Joshua Douglas of the University of Kentucky, was held June 4-5, 2015. The book will be published by Foundation Press this year.

Over the course of the past year, the contributors to “Election Law Stories”have each been tasked with writing the histories of the field’s leading cases. They gathered in Columbus, Ohio, to present their stories. Mazo and Douglas’s contributors include some of the leading election law scholars in the country, including Heather Gerken of Yale Law School, Richard Briffault of Columbia Law School, Guy-Uriel Charles of Duke Law School, and Edward B. Foley and Daniel P. Tokaji of Ohio State.

Professor Mazo’s own story concerned Kramer v. Union Free School District No. 15, a Supreme Court case from 1969. This was Chief Justice Earl Warren’s last major voting rights opinion before he stepped down from the Court. The case stands for the proposition that an individual cannot be denied the right to vote in a local election. In 1969, New York had a statute on the books that prevented citizens from voting in their local school board elections when they did not own taxable real property within the school district or have children enrolled in district schools. Morris Kramer, then a 31-year-old stockbroker, owned no property, was unwed, had no children, and lived at home with his parents. After being denied the right to vote, he brought suit against Union Free School District No. 15, which encompassed his home of Atlantic Beach, New York.

Mr. Kramer’s case made it all the way to the U.S. Supreme Court.

“With the help of the wonderful research librarians and the capable students at Wake Forest, I have spent the last year writing the history of this case,” Mazo said. “At the end of my research, I discovered that Morris Kramer was still alive, and a week ago I traveled to New York to pay him a visit. Meeting him was one of the most interesting and personal experiences of my professional life.”

Mazo added: “Plaintiffs like Morris Kramer have a way of making history. They file a lawsuit and when the case winds up before the Supreme Court, its garners national attention. The process transforms the plaintiff into a national figure who stands for a much larger principle. This is what happened to Morris Kramer, now 80 years old, who is a national treasure.”