Professor Jonathan Cardi selected to be Associate Reporter of the Restatement Third of Torts: Intentional Torts 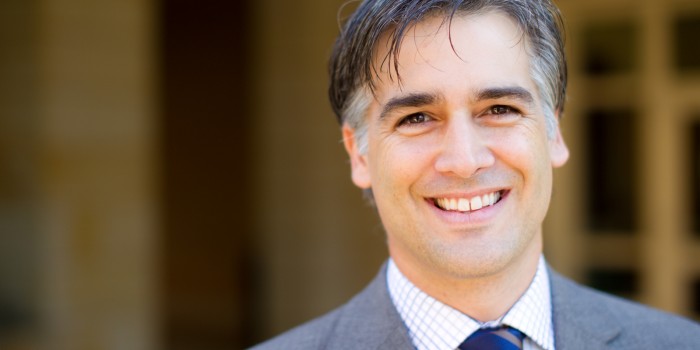 Professor Jonathan Cardi has been selected to be an Associate Reporter of the Restatement Third of Torts: Intentional Torts, a project directed by the American Law Institute (ALI). ALI is the leading independent organization in the United States producing scholarly work to clarify, modernize and otherwise improve the law. ALI drafts, discusses, revises and publishes Restatements of the Law, model statutes and principles of law that are enormously influential in the courts and legislatures, as well as in legal scholarship and education.

Professor Cardi, who joined the faculty of Wake Forest in July 2010, specializes in tort law, the law of remedies and the intersection of race and the law.

The lead Reporter is Ken Simons from the University of California at Irvine, according to Cardi.

“He is a wonderful person and fantastic torts scholar, whose work I have admired over the years,” Professor Cardi says. “Our very own Professor Mike Green also began as an Associate Reporter on his first ALI project. Green has since gone on to pen the bulk of the Torts Restatement and has partially as a result of that work—become one of the most prominent Torts scholars in the world. My work on this project will not convey such standing to me, of course, but I am incredibly honored to follow in footsteps similar to those of my dear friend and mentor.”

Professor Cardi is co-author of a torts casebook, a remedies casebook, two commercial outlines, and is co-editor of a book entitled Critical Race Realism. He has served as President of the Southeastern Association of Law Schools and Chair of the Remedies Section of the AALS, and he is a member of the American Law Institute, serving as Advisor to the Restatement (Third) of Torts.

Once an initial draft is complete, the Reporters meet with a larger collection of prominent law professors, judges and practitioners drawn from the ALI membership. This group will critique the draft, offer alternative approaches and lend the Reporters valuable perspective, acquired from the members’ various roles in the legal world. There will be a number of such meetings, and when Reporters and consultant members believe that the draft is nearly complete, it goes before the entire ALI membership at an annual meeting. There, it is debated at an open forum, defended by the Reporters, and either approved or sent back for reworking.

“The work is an enormous task, even on a relatively narrow topic such as intentional torts, and will likely take three to four years to complete,” Cardi added.