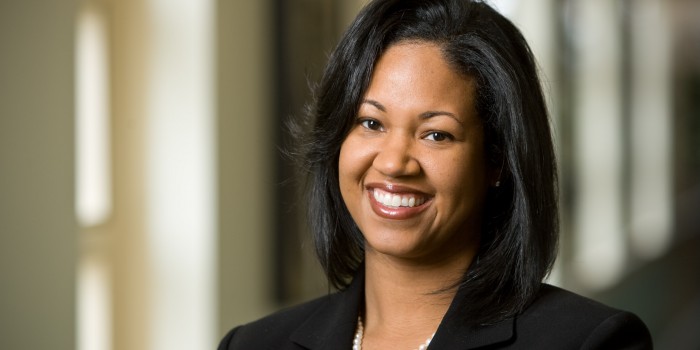 Kerr Putney, chief of the Charlotte-Mecklenburg Police Department, and Kami Chavis Simmons, a professor at the Wake Forest School of Law, will examine police use of force and other policing, civil rights and race issues at UNC Charlotte’s annual Constitution Day celebration on Wednesday, Sept. 16.

The discussion “Deadly Force: The Rights of Suspects and Police Officers” is scheduled for 9:30 a.m. in the Cone University Center, McKnight Hall; it will examine use-of-force policies, grand juries and police oversight, as well as police shootings and relations between minority communities and officers.

“UNC Charlotte is invested in the community by producing police officers, pre-professional students, business leaders and others who, in the wake of the Kerrick trial, need to sit down and continue to talk about sensitive topics that require more examination than a sound bite on the local news,” said Kathleen Nicolaides, a senior lecturer in the Criminal Justice and Criminology Department and pre-law advisor.

Putney earned his bachelor’s degree in criminology in 1992 from UNC Charlotte. He received his master’s degree in criminology from East Carolina University in 2008. Since joining CMPD in 1992, Putney has held a variety of patrol, training and specialized assignments at various ranks within the organization. He was promoted to deputy chief in 2007 and was officially sworn in as chief in June 2015.

Simmons, a professor of law at Wake Forest University, also is director of the School of Law’s Criminal Justice Program. She completed a law degree from Harvard Law School and worked as a federal prosecutor before joining the faculty at Wake Forest. She publishes in the area of police and prosecutor accountability and reform in the criminal justice system and is a frequent contributor to national and international media outlets including CNN, NPR, the Wall Street Journal and the New York Times.

“Student leaders work hard to put this program together, and they are the reason why the event is so well attended – they know the questions to ask the experts and are able to get thoughtful and clear answers,” said Nicolaides.

Constitution Day (or Citizenship Day) is an American federal observance that recognizes the adoption of the U.S. Constitution and those who have become U.S. citizens. The University’s Constitution Day observance is free and open to the public and is sponsored by the UNC Charlotte Academic Affairs Office, Department of Criminal Justice and Criminology and Pre-Law Society.