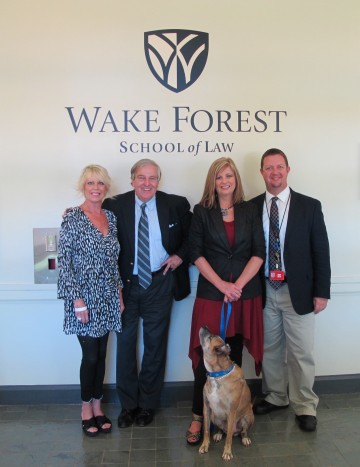 In August of 2009, Susie was found in a park in Greensboro, North Carolina, where she had been left to die after being severely beaten and set on fire. Susie was discovered 10 days after the incident occurred with no food or water. She was placed in foster care and underwent multiple operations for months. It was during her time in foster care that Donna Lawrence started caring for Susie on the weekends.

“I felt that we were kindred spirits and had a lot in common,” Lawrence said. “She brought a lot of healing into my life because I was attacked by a pit bull a year earlier.” Lawrence later adopted Susie.

Chris Parrish, the Assistant District Attorney who later prosecuted the case, came to Lawrence’s salon and mentioned that there were no laws in North Carolina to protect animals. That’s when Professor Vaughan, a member in the North Carolina Senate at the time, intervened.

“I will never forget what Don said to me,” Lawrence said. “The laws in North Carolina have never been changed in 100 years, it is time we change them.”

After guests learned about Susie’s story, Professor Vaughan discussed the legislative process that must occur in order for a bill to be passed.

“A Representative or Senator comes in and introduces the idea and then the bill is read on the floor,” Professor Vaughan said. “It then gets assigned, because of the nature of the bill. I got [Susie’s Law] assigned to my committee so I could shepherd it through.”

The bill went through the Senate, 50-0, and once it was passed, everyone met at the Governor’s mansion to sign the bill and seal it with Susie’s pawprint. The law allowed offenders to now receive jail time for their actions.

“The felony of animal cruelty was the lowest-level felony in the state,” District Attorney Parrish said. “The offender could not receive active jail time. Susie’s law elevated the law from a class I felony to Class H.”

Even though Susie’s Law was passed, Donna Lawrence did not stop her fight. That is why she founded Susie’s Hope, a non-profit organization that strives to educate both kids and adults about animal cruelty.

“We thought it would be great to have a national movement in order to educate kids,” Lawrence said. “I started Susie’s Hope and we educate [kids] on the law and talk to them about animal safety.”

After Lawrence had finished talking about the impact the law has made in North Carolina, the law students had the opportunity to ask questions.

“This class is great for taking so much of what we have learned in law school and showing us how the practical effects of what we learn to apply outside of the classroom,” Bradley Setzer (’16) said. 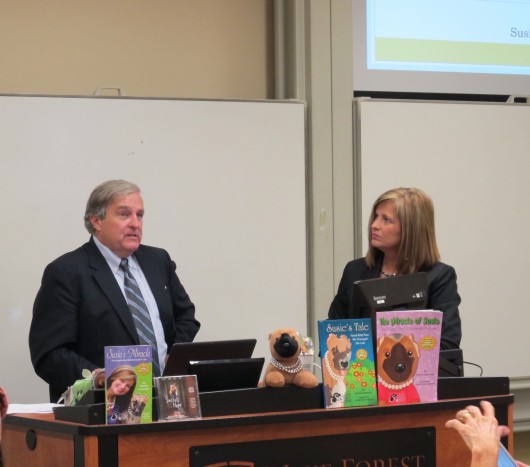