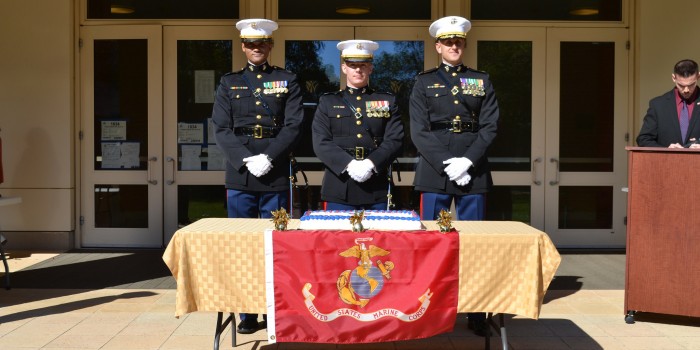 The Veterans Legal Clinic launched at Wake Forest Law in the fall of 2015 with the mission to provide legal services to veterans with legal issues stemming from or relating to their military service that are currently underserved by existing programs.

The clinic began with four students working under the supervision of Professor Steve Virgil, who has spent the past two years researching and working with a group of interested law students, most of whom are veterans.

“Whether it is stemming from a recent deployment, workplace discrimination or an inappropriate discharge classification, many veterans face issues that are a direct, or at least an indirect, result of their service to our country,” he says. “Many of these individuals are not given legal assistance by their service branch, and many are left without representation at all.”

The clinic focuses on a number of practice areas including employment law, consumer protection, discharge upgrades and landlord/tenant law. The goal of the clinic is to fill a gap in legal services to current and former military personnel that are unmet by other legal service organizations, according to Professor Virgil.

“There is a tremendous need for a veterans legal clinic in the region surrounding Wake Forest University as well as exceptionally strong student interest in the clinic,”he adds.

Former U.S. Army Captain Josh Harper (JD ’16), who is enrolled in the clinic, served active duty from September 2008 to June 2013 as a Military Intelligence Officer. Harper was deployed to Afghanistan for nine months, mostly in 2012, in support of Operation Enduring Freedom.

“The U.S. Department of Veterans Affairs estimates that between 11 to 20 percent of Iraq and Afghanistan veterans suffer from PTSD, with Vietnam veterans suffering at an even higher rate,” Harper explains. “As a result, veterans often struggle to deal with the transition to civilian life. These struggles often result in legal issues that veterans don’t have the financial resources to deal with. That’s why I’m excited to be a part of the law school’s inaugural Veterans Legal Clinic.”

All legal assistance will be provided by Wake Forest Law students under the supervision of a licensed attorney.

Harper adds, “Professor Virgil, the clinic staff and the students are committed to help veterans with their legal issues. It’s a way that we can give back to people who have given so much for our country.”