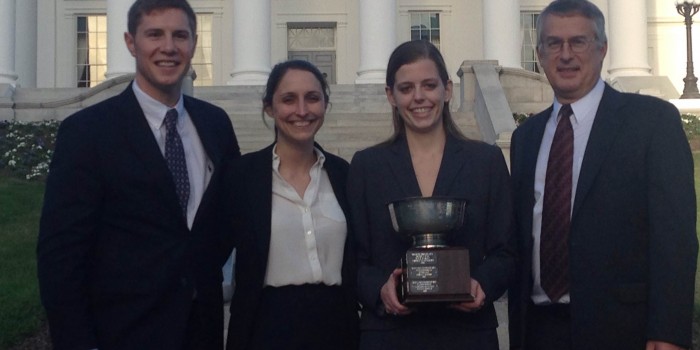 Price won the award for the best oralist, thereby earning the team every possible award given at the tournament, said team adviser Professor John Korzen (BA ’81, JD ’91), who accompanied the team to Richmond along with Professor Charley Rose, the team’s other adviser.

This year’s hypothetical problem involves a criminal prosecution for insider trading and is similar to a recent Second Circuit case, United States v. Newman. The problem is set in the
Supreme Court, with the Petitioner being the United States and the Defendant being Dana DiNofrio, a stockbroker who was convicted of insider trading before the Thirteenth Circuit reversed the conviction and ordered a new trial based both on the jury instructions and on excluded grand jury testimony of an unavailable witness.

In each match, a team’s oral argument score counts for 60 percent of the final score and its brief score counts for 40 percent.  The Angle-Emery-Price team won both of Friday’s preliminary rounds, earning a spot in the eight-team elimination rounds.  On Friday morning, Angle and Price argued for the Respondent and defeated a team from Elon, while in the afternoon Emery and Price argued on behalf of the Petitioner and defeated a team from Louisville that had the second-best brief score.

In the final round on Saturday afternoon, the team faced a Washington and Lee team, with Angle and Price arguing for the Respondent DiNofrio.  The four judges for the final round included two justices of the Virginia Supreme Court and two federal district court judges from Virginia.  They ruled that the Angle-Price team had won and that Price was the best oralist of the final round.

By winning the Region IV Tournament, the team earned a spot in the National Moot Court Finals, when the top two teams from all 15 regions will compete in New York City on Feb. 9-12, 2016.  This is the third straight year in which Wake Forest has won the Region IV Tournament, and the second straight in which Wake Forest has won the regional Best Brief award.

The other Wake Forest team, consisting of Josh Bussen (JD ’16), Elizabeth Ruocco (JD ’16) and Mackenzie Salenger (JD ’16), also did well.  The team defeated a team from West Virginia on Friday morning before narrowly falling on Friday afternoon to the Washington and Lee team that finished second. 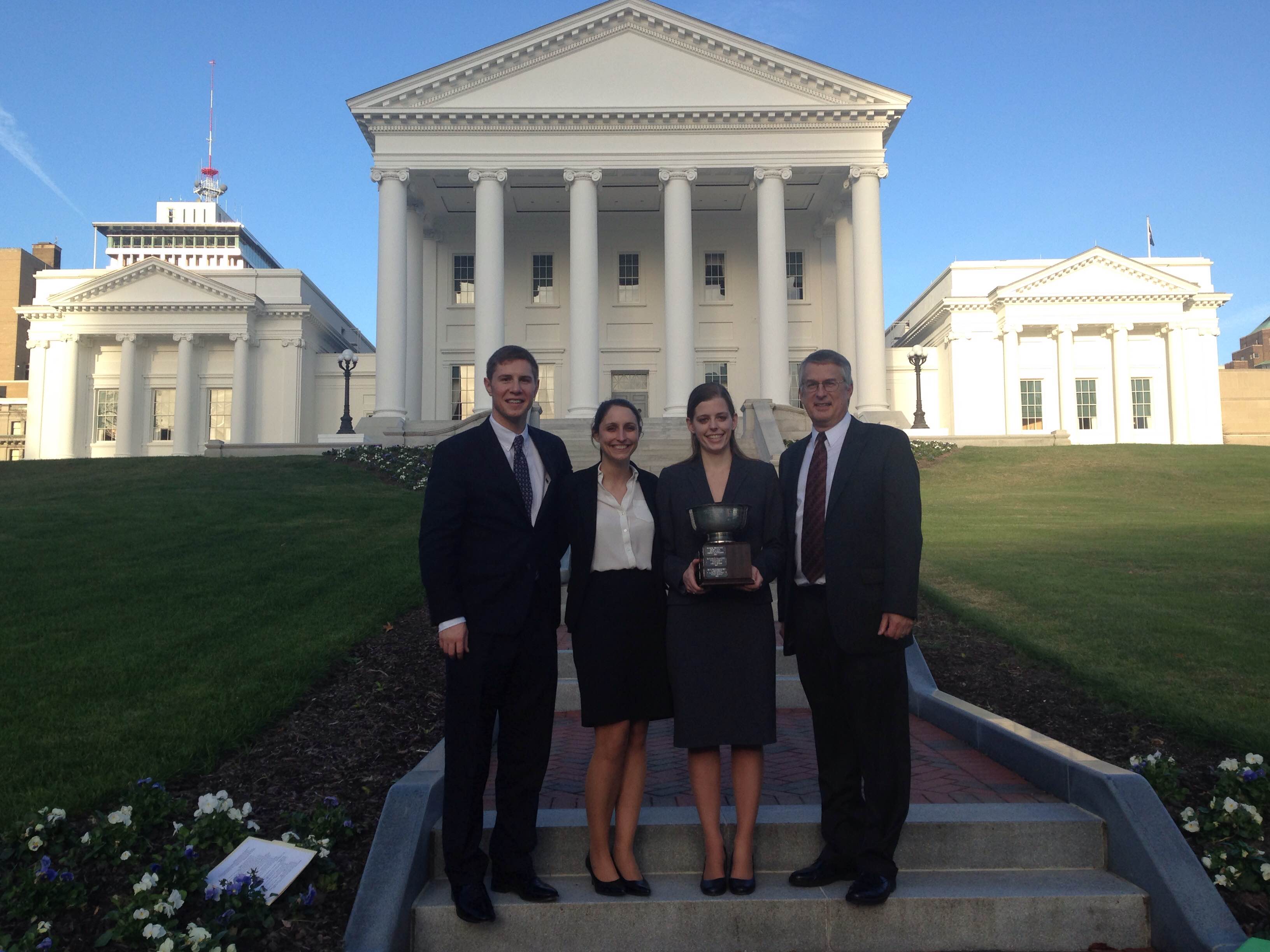