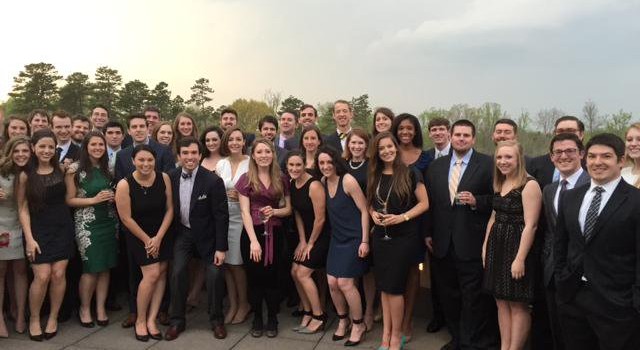 In an annual ranking based on the number of citations a law review receives in Google Scholar articles, Wake Forest Law Review was the 39th most-cited articles in 2015. The complete list of rankings, as well as information about the ranking system itself, can be found at Witnesseth, the blog of Pepperdine School of Law Associate Professor Robert Anderson.

“I’m very grateful to the staff and the board of editors for all of their hard work,” said Don Morgan, editor-in-chief of Wake Forest Law Review. “Both the previous and current members have put in a ton of work, without which the quality of our publication would not be possible.”

The original article about the rankings follows:

The spring law review season is now in full swing, so it’s time for my annual law review ranking based on Google Scholar Metrics. Google produces a ranking of journals based on the number of citations to recent articles in Google Scholar. This is an important complement to other citation ranking systems such as Washington and Lee’s ranking, in part because Google picks up citations in more publications.

In this post, I have used the 2015 Google data to rank the journals using the average of Google’s two measures, the H5 index and the H5 median, which seems to give more balanced and less volatile results than using either measure individually. For more details on these measures, see my original post on the Google Rankings.  You can find last year’s rankings for 2014 here.

The table ranks main law school law reviews only, and this is not a complete list as Google does not keep track of all  journals. As a result, a journal that is listed low in this list is not necessary a “low-ranked journal,” as there may be dozens or hundreds ranked lower that are not part of the dataset. Similarly, there are specialty journals ranked higher than most of the law reviews in this list. I have tried to include every main law review included by Google but I may have missed some, so please feel free to leave comments with any corrections or omissions, and please refrain from shooting the messenger.