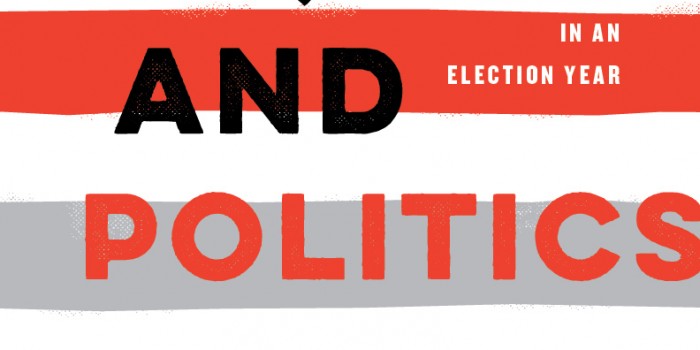 Wake Forest Law is co-sponsoring “Truth, Lies and Politics: Ideology, Rationality and Choice in an Election Year” at 7 p.m. on Tuesday, Feb. 16, in Wait Chapel.

Panelists include Naomi Oreskes, professor of the history of science at Harvard University; Anthony Appiah, professor of philosophy and law at New York University; and Dan Kahan, professor of law and psychology at Yale Law School. The panel will be moderated by Melissa Harris-Perry, professor of politics and international affairs at Wake Forest University and founding director of the Anna Julia Cooper Project on Gender, Race and Politics in the South.

The panelists will discuss what role citizens should play in an environment plagued by polarization, bias, prejudice and willful self-deception and the often misleading world of politics and media. The event will search for answers to the following questions, among others: 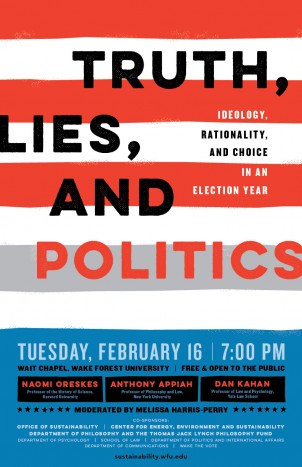