Kalvin Michael Smith has served 18 years in prison for a crime he says he was nowhere near and knew nothing about. At 11:00 a.m. on Wednesday, Feb. 17, Stephen Boyd of the Wake Forest University department of religion and the Rev. Kelly P. Carpenter of Green Street United Methodist Church will be co-telling Smith’s story, prior to a student-led rally at Winston-Salem State University on Thursday, Feb. 18.

Smith was convicted of brutally beating Jill Marker, a pregnant woman, one night in 1995, despite the fact that another suspect, Kenneth Lamoureux, had no alibi that night and had a history of stalking Marker. Wrongfully convicted Winston-Salem citizen Darryl Hunt, who was exonerated by DNA evidence after spending 18 years in prison himself, recommended Smith’s case as one that needed to be re-evaluated. Hunt says it shows a repeated pattern of poor detective work coupled with a justice system seeking to protect itself, even at the expense of a person’s freedom.

Smith has always maintained his innocence, even throughout his 18 years in prison. He passed a police-administered polygraph test and refused to plead guilty in exchange for, according to Smith, a promise that he could return home in 24 months. Despite this, and two independent investigations confirming questionable prosecutorial conduct and a set of facts that were revealed to neither the judge nor the jury, North Carolina Attorney General Roy Cooper has defended Smith’s conviction.

Join them to learn about the case, ask questions and find out how you can join others in calling the Attorney General of North Carolina, Roy Cooper, to look into the case. Learn more about the details of Kalvin’s case at http://freekalvinnow.org/ 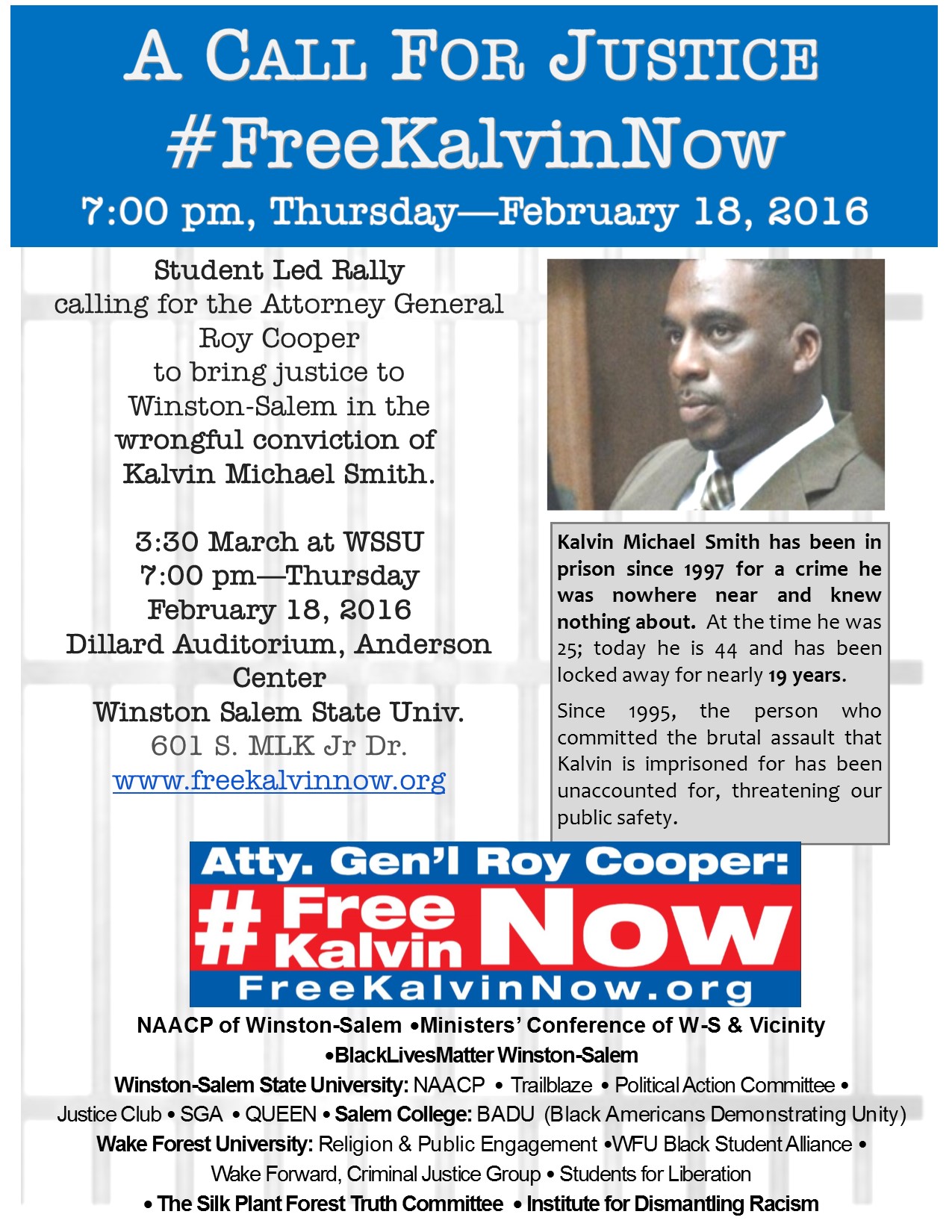