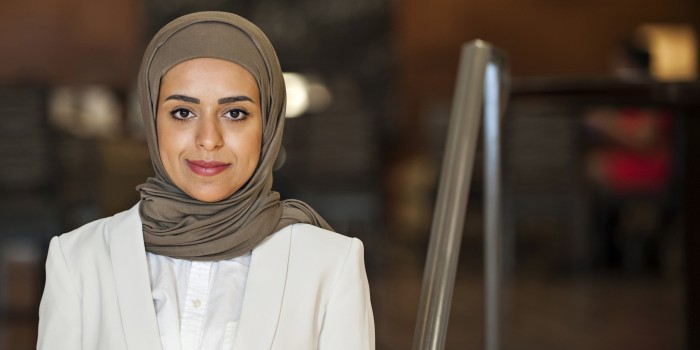 In a very short time, Danya Bin Mahaysin will hold the distinction of being the first woman to graduate from the relatively young SJD program at Wake Forest Law. Recently, Bin Mahaysin successfully defended her dissertation to her faculty advising committee, which included Professor Barbara Lentz and Professor Rebecca Morrow, and then presented her research and findings to faculty, staff, and fellow classmates.

Bin Mahaysin’s dissertation is entitled “Implementing the Convention on the Elimination of All Forms of Discrimination Against Women (CEDAW) in Saudi Arabia: Towards a Powerful CEDAW.” The dissertation and Bin Mahaysin’s presentation of it explores areas in which Saudi Arabia has both succeeded and failed in implementing the mandates of CEDAW. Bin Mahaysin began her presentation with a brief history of CEDAW, and the Saudi ratification of that convention, as well as an overview of the Saudi Arabian legal system and its history and legislative processes.

The heart of Bin Mahaysin’s research involved three Saudi Arabian laws that are in direct conflict with CEDAW. The first of these is the law of nationality, which restricts women’s rights in terms of passing their nationality to their children. Further, employment laws that include lower retirement rates, restrictions on areas of practice, and a lack of sexual harassment regulations. And finally the guardianship system, in which men have the right of guardianship over their wives, daughters, and sisters. This system leads to forced marriages, no legal standing in divorce proceedings, and denied rights to education.

Bin Mahaysin explained why she chose this topic for her dissertation, saying that there needs to be a Saudi Arabian voice discussing and helping to solve Saudi Arabian problems. This was evident in the solutions she offered. These included reformations of the previously mentioned laws, following in the footsteps of other middle-eastern countries that have done the same. Bin Mahaysin also suggests that a group of like-minded activists, much like the National Organization for Women (NOW) in the United States, may be able to affect the change needed. Bin Mahaysin also suggested finding new, cooperative international mechanisms that would activate the CEDAW convention and enforce all signatory countries to respect the whole of its provisions.

After her presentation, Bin Mahaysin took questions and comments from her colleagues and professors, specifically on the feasibility of enforcing any changes, and questions on the conflict between CEDAW and Sharia law. The presentation closed with Bin Mahaysin thanking Professor Shannon Gilreath, her dissertation advisor, and a hearty round of applause for Bin Mahaysin herself.