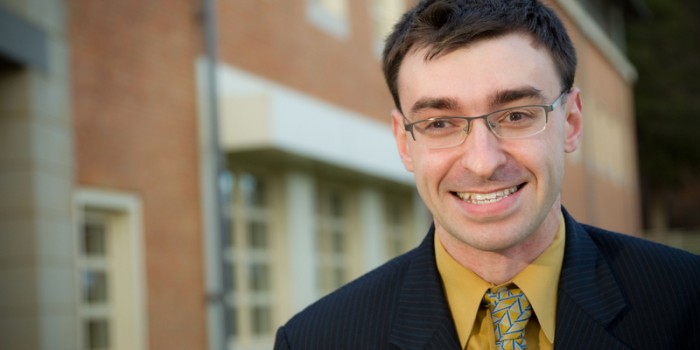 Opening Day is a special time for all of baseball. When the Chicago White Sox take to U.S Cellular Field on Saturday afternoon (American time), Jason Benetti will make history.

Born ten weeks premature, Benetti was hospitalised for three months, during which time he developed a respiratory illness which deprived his blood stream of oxygen.

As a result he was diagnosed with Cerebral Palsy, a disability which primarily impacts a person’s movement and posture and is often highlighted through muscle tone, coordination and control issues.

A graduate of the Syracuse University school of journalism (as well as the Wake Forest law school), Benetti has since broadcast baseball, football, basketball, hockey and lacrosse for ESPN, Fox Sports, Westwood One and Time Warner prior to joining the White Sox.

Speaking of his appointment, Benetti didn’t understate the significance of his hiring, both as a career broadcaster and a lifelong White Sox fan.

“Joining the White Sox television team of Ken Harrelson and Steve Stone — with the chance to work with Steve on home games — is truly a dream come true for a kid who grew up in the south suburbs watching Sox games during the 1990s,” Benetti said. “This is beyond exciting for me.”

While the story of Benetti’s rise to the top of his field is compelling for even the most casual sports observer, he has managed to elevate the profile of not only himself and Cerebral Palsy, but to raise the bar for those worldwide who are looking to follow in his footsteps.

Without drawing clichés, Benetti serves as a pertinent reminder of the gap between perceived barriers and actual barriers and must it must be celebrated that his efforts in the broadcast booth, both this year and beyond, go a long way beyond a nine inning game.