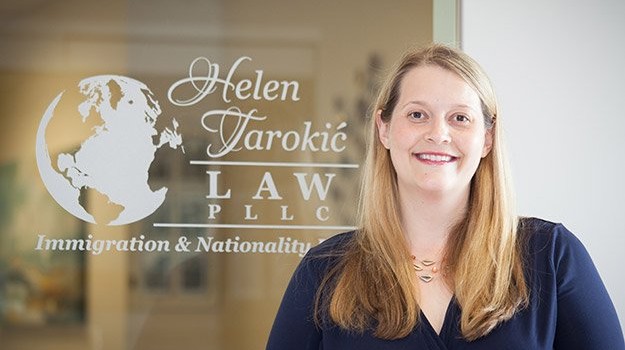 NEW HANOVER COUNTY, NC (WECT) – A defeat for the President on immigration will impact the future for thousands who live in New Hanover County, according to an area immigration lawyer.

The U.S. Supreme Court blocked President Barack Obama’s Immigration plan. The vote was a four-to-four tie, meaning programs will remain blocked from taking effect and the issue will return to the lower court.

The ruling is estimated to impact millions of undocumented immigrants nationwide. In New Hanover County, a local immigration lawyer said it will impact thousands.

“In terms of just New Hanover County alone, I do believe 10,000 people would be impacted by the decision that was made today to not allow them to have ID cards or work authorization through the Deferred Action for Parents of US Citizens Program,” said Helen Tarokic, an Immigration Law Specialist at Helen Tarokic Law, PLLC.

She said the blocked program would have allowed immigrant parents of American citizens and/or permanent residents to apply for “lawful presence” or “deferred action.” While it doesn’t mean they are getting a green card, it would have allowed to them to apply for work authorization, if they could prove living in the U.S. continuously since before Jan. 1, 2010, and have been law abiding individuals.

“Some people file applications for immigration and they are waiting five, 10, 15 or 20 years for their work permit to arrive,” Tarokic explained.

“In the meantime this Deferred Action for Parents of US Citizens program would have allowed them to get a work permit now, the people who have already been here and are waiting in line, even though they are technically still undocumented, even though they have a pending immigration. These people are the ones who are suffering a tremendous tragedy because they are stuck here waiting their turn to get lawful permanent residency or sometimes even just a temporary status,” Tarokic added.

She said the deferred action was about so much more than just work authorization.

“It could have given them work authorization now, and not just that but an identity card, how do you get into a Federal Building, how do you board a plane, how are you able to live a normal life?  These are people that I think are really truly impacted – this 10,000,” Tarokic stated. It would have also helped them to get a driver’s license.

“Those work permits meant so much more than work authorization. A lot of people who came to my office were looking for work authorization cards because it was the only way they could get a driver’s license, why is that important? Because with a driver’s license they can take their kid to cancer treatment, their American citizen children,” Tarokic said. “A lot of these are just stay-at-home-moms that need to get their kids to the doctor and that’s not just a few cases, this is a general concern. It’s the same thing for people who need to get to school.”

Rebekah Garcia, an associate attorney, said she has been working with a victim of trafficking for two years. She was recently certified for a victim based visa, because she has to stay in the U.S. to help law enforcement with the investigation. She would have been able to apply for work authorization through the program in order to work now. Since it will remain blocked, Garcia said her client will have to wait 25 months for her visa to come through.

“If this went through the Supreme Court, instead of waiting 25 months where she is still in limbo, she would be able to get the ID card and work authorization right now,” said Garcia. “She can’t leave the US because of this ongoing investigation, yet she has no authorization to work here. So she is just stuck in this position where what are you supposed to do?”