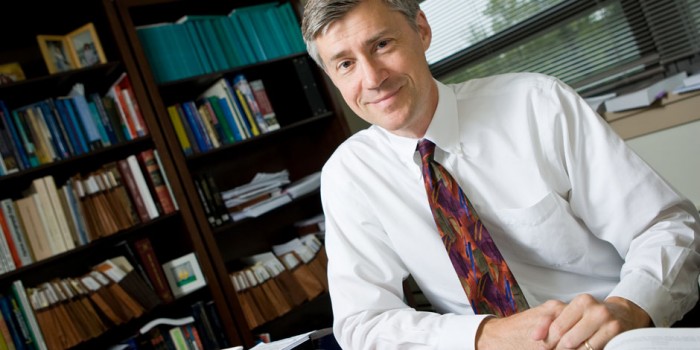 For World Environment Day, Sunday, June 5, 2016, Professor John Knox and two other United Nations human rights experts called on every government to protect environmental and land rights defenders in the following article released by the Office of the United Nations Commissioner for Human Rights, “‘A deadly undertaking’ — UN experts urge all Governments to protect environmental rights defenders,” published on June 2, 2016.

“Being an environmentalist can be a dangerous, even deadly undertaking. Berta Cáceres, the Goldman Prize winner who was assassinated in Honduras in March 2016, was only one of dozens of environmentalists to be killed in recent months.

Every week, on average, two environmental and land rights activists are killed and the numbers are getting worse, according to civil society figures. The situation is particularly grave in Latin America and Southeast Asia, but it affects every region of the world. It is truly a global crisis.

On this World Environment Day, we want to underscore that environmental human rights defenders should be lauded as heroes for putting themselves at risk to protect the rights and well-being of others. Instead, they are often targeted as if they were enemies of the State.

The brave  women and men who work to protect the environment are routinely harassed, threatened, unlawfully detained, and even murdered, merely for opposing powerful business and governmental interests bent on exploiting and destroying the natural environment on which we all depend.

The enjoyment of a vast range of human rights, including rights to life, health, food, water, and housing, depend on a healthy and sustainable environment.  Those who work to protect the environment are not only environmentalists  – they are also human rights defenders.

In March 2016, the Human Rights Council adopted a landmark Resolution (res 31/ 32) which requires States to ensure the rights and safety of human rights defenders working towards the realization of economic, social and cultural rights.

That was a good initial step, but Governments must do far more. They have obligations under human rights law to protect environmentalists’ rights of expression and association by responding rapidly and effectively to threats, promptly investigating acts of harassment and violence from all parties including business and non-State actors, protecting the lives of those at risk, and bringing those responsible to justice.

States must also adopt and implement mechanisms that allow defenders to communicate their grievances, claim responsibilities, and obtain effective redress for violations, without fear of intimidation.

They must take additional steps to safeguard the rights of members of marginalized and vulnerable communities, especially indigenous peoples, whose cultures, identities and livelihoods often depend on the environment and whose lives are particularly susceptible to environmental harm, placing them on the frontlines of conflict.

Currently, States are failing to meet these obligations. Of the nearly 1000 reported murders over the last decade, fewer than 10 have resulted in convictions. The real culprits are rarely held accountable for their crimes.

It is ironic that environmental rights defenders are often branded as ‘anti-development’, when by working to make development truly sustainable, they are actually more pro-development than the corporations and governments that oppose them.