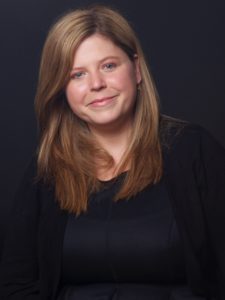 The Wake Forest Law Review has teamed up with John Richmond (JD ’98), the co-founder of the Human Trafficking Institute, to present, “Combatting Human Trafficking: Current Trends and Cutting Edge Issues,” on Friday, Oct. 28, in the Worrell Professional Center.  The symposium, which is free and open to the public, will run from 8:45 a.m. to  4:30 p.m. in Room 1312 with a reception to follow. The North Carolina Bar has approved the symposium for 5.5 hours of CLE credit.

One of the highlights of the symposium will be a lunchtime presentation by Margeaux Gray, a survivor of child abuse and sex trafficking.  Gray is an executive committee member of the National Survivor Network and executive board member of MENTARI, USA. She uses her past experiences of injustice to bring justice to others, according to her website MargeauxGray.com

Today, Gray advocates against all forms of abuse by mentoring at-risk youth, speaking to the public, and consulting with various organizations and providers on the improvement of victim services in the healthcare and social service fields. Gray also uses her talent as an artist to convey the beauty and value of individuals that are often overlooked in today’s society, among them victims of abuse, human trafficking, and those with disabilities.

In 2016, Gray was named the Muhammad Ali Center’s 27th “Daughter of Greatness” in recognition of her activism and pursuit of justice. In 2015, she was featured in New York New Abolitionists’ “Who Are They” portrait exhibition and book, which highlights 21st century abolitionists, women and men committed to ending human trafficking. Gray s a member of the Louisville, Kentucky Human Trafficking Task Force, the PATH Coalition of Kentucky and an Advisory Board Member for TO THE MARKET and JUSTICE AT LAST.

Considered one of the fastest-growing criminal industries in the world, human trafficking is an issue that demands discussion, according to Symposium Editors Kyleigh Feehs (JD ‘17)  and Sarah Saint (JD ‘17). Annual profits from human trafficking are estimated to be more than $150 billion per year, which is more than the annual profits of Microsoft, Exxon, Apple, BP and Samsung combined.

By bringing together academics to practitioners to victims to students, the law school can make a significant contribution in advancing the human trafficking conversation, Feehs says.

Richmond adds, “We need more intelligent and thoughtful conversations about human trafficking from many different perspectives. There is a lot more to this  problem and crime than what people usually think.”

For a full schedule of the day’s events visit http://wakeforestlawreview.com/2016/09/2016-fall-symposium-combatting-human-trafficking-current-trends-and-cutting-edge-issues/