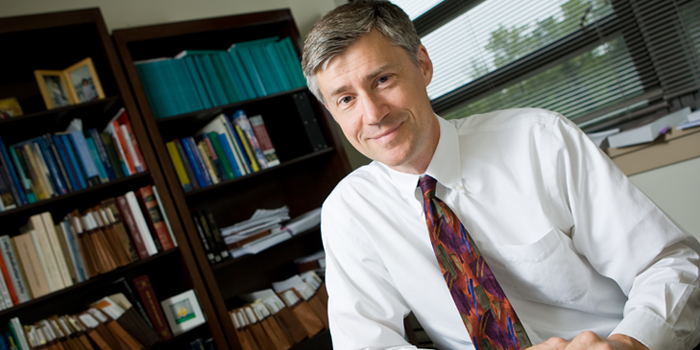 Professor John Knox, UN special rapporteur on human tights and the environment, was referenced in the Harvard Law Today article, “Another ‘Angry Granny’ for Climate Justice,” published on Nov. 18, 2016.

The article is about former president of Ireland Mary Robinson, who called climate change an “existential threat” that requires “a coordinated, inclusive and urgent response,” as well as the two-day conference where she announced this: “Climate Change Displacement: Finding Solutions to an Emerging Crisis.”

The section of the article that references Professor Knox and his work follows.

On what can be done about climate change displacement on the international level:

“I think the general view is that it’s not a case of having a new treaty or a new protection of climate-displaced people, because there isn’t the political will for it. And even if we tried to, it might actually affect the protection of refugees. So it’s a case of working well with the existing treaties that we have and making them link more.

In my foundation, we spend a lot of time working with the Human Rights Council to make it more aware of the negative impacts of climate. And it is very aware. There have been a number of resolutions now. There’s been work at the Office of High Commissioner for Human Rights. There’s an annual resolution now on climate change and human rights.

Fortunately, thanks to a lot of hard work, we got much more human rights into the preamble of the Paris treaty. It actually is good at recognizing the rights of indigeneous people; it recognizes that we need to protect a whole range of human rights. And it even mentions climate justice.