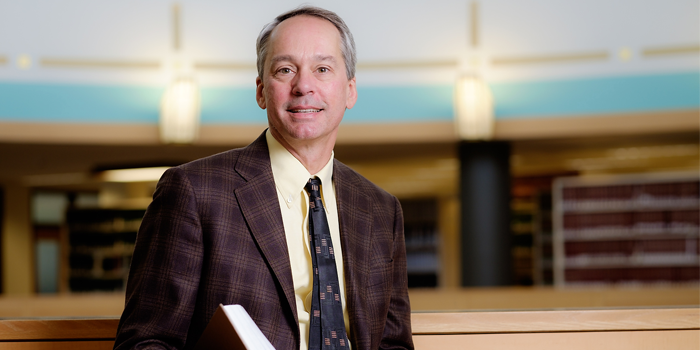 Professor Mark Hall, director of the law school’s Health Law and Policy Program, released a study regarding North Carolina Medicaid expansion in January 2016 that is referenced in the following story, “Cooper to pursue Medicaid expansion by nearly 500,000 people despite stiff GOP opposition,” written by Richard Craver and published in the Winston-Salem Journal on Jan. 4, 2017.  This story also ran in the Pharmacy Choice. An excerpt follows:

Gov. Roy Cooper is not taking long to move forward on a key campaign pledge of expanding Medicaid coverage by nearly 500,000 North Carolinians.

Cooper said Wednesday during an economic forum in Durham that he will pursue expansion even though Republicans have super-majority control in both chambers and there is a state law prohibiting the executive branch from making such an attempt.

Medicaid expansion was a hot-button issue throughout Pat McCrory’s term as governor. Currently, Medicaid covers about 1.9 million North Carolinians, and is a $14 billion a year program.

Cooper plans to file an amendment by Friday that asks the federal government to amend the N.C. Medicaid reform waiver request submitted in June.

Cooper said he believes the law prohibiting the expansion of Medicaid in the state, approved in 2013, infringes on “core executive functions” of the governor’s role for negotiating the waiver request with the Centers for Medicaid and Medicare Services. McCrory said he was pursuing federal waiver exceptions for what he called “a North Carolina plan, and not a Washington plan” that could have featured expansion.

North Carolina is one of 19 states that have chosen not to expand their Medicaid program though the federal Affordable Care Act. The act provides resources for states to extend coverage to all non-elderly adults with incomes below 133 percent of the federal poverty level, currently $32,253 a year for a family of four and $18,000 for an individual.

Mark Hall, a law professor at Wake Forest University and a nationally renowned health-care expert, issued a report in January 2016 that examined the pros and cons of expanding Medicaid in North Carolina. Hall came down on the side of the viability of expansion despite potential risks.

“We should know more in a month, but Congress could get rid of exchanges but keep Medicaid expansion in some form or rework each piece in different ways,” Hall said.

“The latter is more likely,” he said. “If Congress gives states more flexibility in how to structure Medicaid, then expansion could well be politically feasible in North Carolina.”