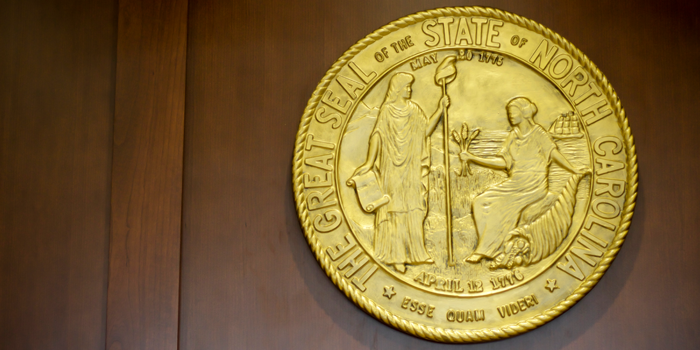 Trip Coyne (JD ’05) of Ward and Smith, P.A.wrote the following story, “The North Carolina Business Court Evolves,”  which was published by JD Supra on Feb. 28, 2017, as well as The National Law Review.

Business courts are not so-named because they favor businesses, but because they are specifically designed to improve a state’s business environment by providing a forum to resolve complex disputes in an efficient manner.  Businesses do not fear winning or losing as much as they fear not having the knowledge to help assess the inherent risks of litigation.  Business court judges have experience in matters involving significant issues of corporate and commercial law and business courts frequently publish a high volume of opinions on issues of interest in business disputes.  This access to experienced judges and the volume of opinions tends to provide litigants with a greater ability to assess the likely outcome of disputes.

It took almost a decade for the court to grow beyond Judge Tennille, which it did first in 2005 with the addition of the now-retired Judge John R. Jolly, Jr., who opened chambers in Raleigh and Judge Albert Diaz, who opened chambers in Charlotte (but who now serves on the Fourth Circuit Court of Appeals). Almost a decade later, in mid-2016, the Court expanded its footprint again, to Winston Salem, adding Judge Michael Robinson who maintains chambers housed at the Wake Forest School of Law.While the Court now has chambers in four cities (Charlotte, Greensboro, Raleigh and Winston Salem), it continues to hear cases from across North Carolina.

The Depth of the Bench

Following retirements and career transitions, and the addition of Judge Robinson in Winston Salem in 2016, the Court entered 2017 with four judges: Judge Robinson, Judge Greg McGuire in Raleigh, Judge Louis Bledsoe in Charlotte, and Judge James L. Gale (the Senior Business Court Judge) in Greensboro. In late January of 2017, Judge Adam Conrad was added in Charlotte, now making the bench five deep.  Judge Conrad comes to the court from private practice.  He is relatively young for a judge (about the age the Governor was when he participated in the initial deliberations about forming a business court), but he carries an impressive resume, including serving as a law clerk for Justice Clarence Thomas of the United States Supreme Court.With five highly-regarded judges sitting in chambers across four cities, the North Carolina Business Court is more robust than ever.  The court staff has also increased over the years.  The chambers are now staffed by multiple law clerks (up from what was originally one per judge), a judicial assistant, and a trial court administrator.

The North Carolina Business Court continues to grow and evolve.  It continues to provide a forum that can be more efficient and predictable than many others.  Whether the Business Court is the best fit for any given dispute depends on facts and law relevant to the case, but the court’s recent evolution demonstrates that the original mission of the court, to handle complex disputes efficiently, remains constant.  Ward and Smith, P.A. has many experienced attorneys who regularly represent parties in litigation matters before the North Carolina Business Court.