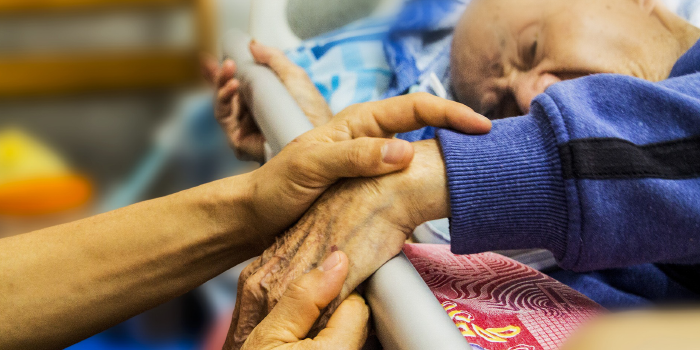 Lisa Roach (JD ’17 , president and co-founder of Dying Right NC, has been instrumental in drafting “End of Life” legislation that has been introduced in the North Carolina General Assembly in the form of HB 789, which would allow qualified North Carolina patients diagnosed with a terminal illness to end life on their terms by ingesting a lethal dose of prescribed medicine.

On April 11, 2017, four Democratic State Representatives — Pricey Harrison (D-Guilford), Susan Fisher (D-Buncombe), Graig Meyer (D-Orange) and Verla Insko (D-Orange) — introduced the “End of Life Act,” modeled on the legislative framework in place in Oregon since 1997.  Physicians and pharmacists complying with the elaborate regulatory regime of HB 789 would be immunized from civil, criminal or administrative liability as would any non-medical individual assisting the terminal patient.

North Carolina is the most recent state to consider “Death with Dignity” legislation, which is now the law in six states (Oregon, Washington, Montana, Vermont, California and Colorado) and the District of Columbia.  HB 789 adheres to the model of every other state’s legislation in maintaining the prohibition on euthanasia in which the prescribing physician, or any third party, directly administers the aid in dying medicine to the patient. Under HB789, a physician, pharmacist, friend or family member may assist a terminally ill individual to self-administer the aid-in-dying drug without fear of prosecution; they may not, however, administer the drug themselves.

Rep. Harrison, a seven-term Representative, is the bill’s prime mover. “I have heard from constituents and North Carolinians across the state who have gone through an excruciating end-of-life experience for a loved one, as have I more than once, and they desperately want this type of law on our books to avoid a repeat occurrence. This bill is a measure of pure compassion.”

Roach notes, “This bill would add one more option to individuals facing excruciating, unremitting pain at the end of life, when medical science has concluded he or she has at best six months. Depriving an individual of the autonomy to decide when and how to end the suffering and hopelessness of a terminal illness is itself an act of the greatest insensitivity if not cruelty. It’s time North Carolina joined the other states which believe only a dying individual can decide what’s best for him or her.”

The law allows an adult, competent North Carolina resident, who has been diagnosed by two independent physicians as suffering form a terminal, irreversible illness likely to result in death within six months, to request a prescription for an aid-in-dying drug.  The process requires two verbal requests at least 15 days apart followed by a written request before two witnesses.  The two physicians must also refer the patient to a mental health specialist if they are concerned that the patient is acting under a mental disorder or disease.  Participation under the law is voluntary, and any physician, pharmacist or mental health specialist is free to decline any involvement.  The Department of Health and Human Services is the supervisory agency and is mandated to collect detailed data of usage and demographic data of users.

Edmund C. Tiryakian, executive director and co-founder of Dying Right NC, observes, “This bill goes farther than any other proposal to address the canards which opponents regularly raise with Death with Dignity legislation.  Despite dire predictions, none of their concerns has materialized.  And yet HB 789 goes even further to disabuse any notion that the law can lend itself to abuse, coercion or misapplication.  I applaud the four State Representatives who have shown exemplarily leadership.”

HB 789 introduces a number of safeguards not present in any other bill or law, intended to allay concerns of the law’s opponents.  The bill requires two independent witnesses when the patient signs the written request, to verify the patient is not acting under coercion or duress; the bill requires prescribing doctors and pharmacists to send notice of the prescription within 48 hours to the N.C. Department of Health and Human Services; the bill requires physicians to report any denials of a request for an Aid-in-Dying Drug, as well as completion of a detailed Follow-Up form when approving such a request; and the bill introduces a role for a voluntary witness at the time of ingestion of the aid in dying drug to ensure that the terminally ill individual is exercising his or her free will without duress.

Dying Right NC is a recently-incorporated 501(c)3 Not-for-Profit advocating for enactment of Death with Dignity legislation in North Carolina and a wider acceptance of a multitude of End of Life choices.

“Dying Right NC has worked closely with Reps Harrison, Meyer and Fisher in suggesting the provisions of HB 789, and we express our gratitude for their leadership and courage in fighting for North Carolinians who have been hoping for such a law,” Roach adds.