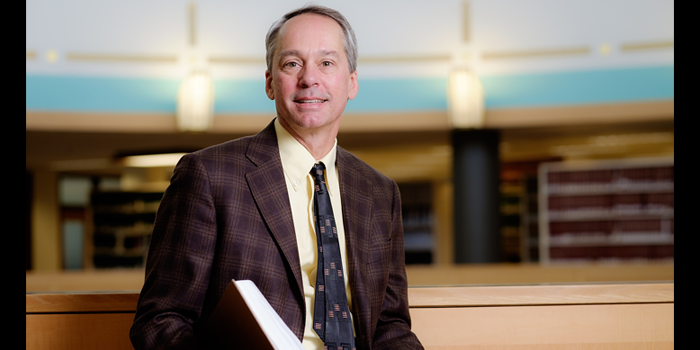 Professor Mark Hall, director of the law school’s Health Law and Policy Program, has co-written the following piece, “Most-Cited Health Law Scholars,” with I. Glenn Cohen. Their analysis was published on Harvard Law’s Petrie-Flom Center blog on April 18, 2017.  Professor Hall is one of the nation’s leading scholars in the areas of health care law, public policy, and bioethics. The author or editor of twenty books, including Making Medical Spending Decisions (Oxford University Press), and Health Care Law and Ethics (Aspen), he is currently engaged in research in the areas of health care reform, access to care by the uninsured, and insurance regulation.

Based on the law faculty citation analysis done by Greg Sisk, Brian Leiter has compiled “most-cited” rankings of tenured law faculty in a number of different subject areas, but not health law.  Naturally, we would be curious to know how we and colleagues might show up in such a ranking, but more than this, we were curious how the field of Health Law as a whole would look, compared to other fields, and how well different component of health law might be reflected.  Health law (as many people conceive it) is a broad field that includes bioethics, biotechnology, medical malpractice, health care finance and regulation, health policy, and public health.

Using Leiter’s methods and the Sisk data (supplemented as noted below), we compiled a citation-count ranking of health law scholars over the five-year period 2010-2014 (which is the latest currently available from Sisk).  We classify faculty as health law scholars if publications in this field account for the bulk (roughly 2/3) of their more recent citations.  A research librarian at Wake Forest University supplemented the Sisk data by doing citation counts (using his same methods) for an additional two dozen prominent health law scholars who are not on the Sisk list because they are at lower-ranked schools (below the top 70) or are based at schools of medicine or public health.  To ensure maximum comparability between these rankings and those already existing for other legal fields we conformed to Leiter’s presentation, which entailed, among other things, rounding citations to the nearest ten and estimating the age of those ranked.

Before we present the results, we emphasize that while citation-based rankings can be useful, it is important to evaluate them in context; this requires understanding their benefits, but also their drawbacks – Sisk al. have a good discussion. In the context of health law, specifically, one additional limitation is worth emphasizing: this ranking is based on citations in legal periodicals (as defined by the Sisk-Leiter approach) but much of our field’s work is cited in medical, public health, bioethics, or other journals. Publications in those journals that are cited in legal periodicals are captured, but not the citation of our work in those journals.

Here are the results.  The range of citations is similar to those in the fields of antitrust,  evidence, family law, tax.  And, the list contains several who write in each of health law’s component areas.