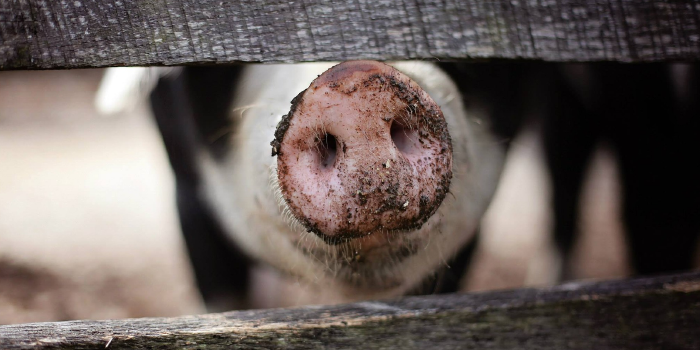 Professors Sidney Shapiro and Vanessa Zboreak (JD ’11) wrote the following op/ed,  ”Bill would weaken neighbors’ ability to be compensated in hog farm lawsuits,” that was published in the Raleigh News and Observer on April 1, 2017.

The civil justice system in North Carolina exists to protect people and their property from unreasonable actions by others. One of the longest standing causes of action in civil courts is for nuisance claims, which allow you to bring suit when your neighbor creates a condition on their property that interferes with your ability to use and enjoy your property, such as excessive noise, poorly stored garbage that might attract vermin or foul odors.

Yet, House Bill 467, which is being fast-tracked through the legislature, would prevent hundreds of rural landowners from recovering more than token damages even if a court were to decide that the corporations responsible for factory farming have committed just such a nuisance.

Nuisance suits are already limited to addressing conditions that are unreasonable for the area where they occur. They also protect pre-existing businesses, such as farms, from suits by people who “come to the nuisance” and then take issue with their surroundings. In rural agricultural areas, some noise, dust and smells are expected and reasonable; our state’s Right to Farm Act adds additional protections for farmers from being sued over such typical agricultural impacts on neighbors. So why eliminate damages for landowners that prove a nuisance which does not involve a typical agriculture impact?

The timing of HB 467 is suspicious because it would affect a nuisance lawsuit already filed by hundreds of landowners against an international corporate hog producer who they claim has harmed them and their property. While a court will have to determine the extent of these damages, we do know the impact of high density livestock businesses on their neighbors has been substantially more harmful than that caused by traditional agriculture.

According to the National Institutes of Health and researchers at UNC-Chapel Hill, the vast quantity of waste generated by industrial animal agriculture causes water, air and odor pollution that affects not only close neighbors but also communities miles downstream or upwind.

Homeowners living near animal farming operations are forced to retreat indoors due to the stench and lose the use of their yards and porches. Some report waste spray landing on their homes and property. Many report embarrassment when they have friends and family visit and shame at the smell that clings to their children’s clothes when they arrive at school. Others experience harms to their health, including respiratory complications and heightened blood pressure.

Supporters of the legislation will defend HB 467 by stressing the importance to the North Carolina economy of farms that raise pigs and poultry, but N.C. State researchers have recommended management and technology improvements. Rather than allow a court to determine if this is a reasonable and affordable solution, the legislation would usurp the authority of the court currently hearing this case, substituting the General Assembly’s preferred outcome for the outcome the court and jury might otherwise determine to be fair.

The framers of our North Carolina Constitution understood the importance of the civil justice system and the need for all citizens to have full and equal access to the courts. The state’s Constitution provide for open courts when it states in part that “every person for an injury done him in his lands, goods, person, or reputation shall have remedy by due course of law.”

By stripping landowners of their ability to seek compensation for harms to their health or quality of life, the General Assembly is poised to take away constitutionally enshrined protections of our justice system generally available for people who have been wronged. Our rural neighbors deserve better.