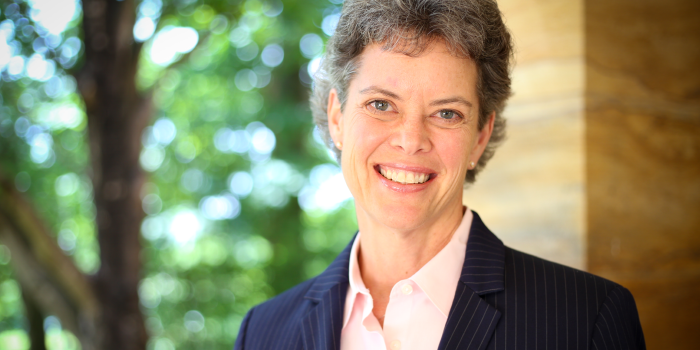 Kimberly Stevens (JD ’92) once worked for six months without much success to establish a rapport with a man accused of murder. One day she asked him to describe his earliest memory.

“He told me about being shut inside a garbage can with the lid on and hearing the garbage truck coming to get him,” she said. “I asked him how old he was. He said three.”

Since 2015, Stevens has been one of two capital resource counsel attorneys for federal capital trial cases across the United States. It’s easier to see the good in some clients than in others, but she never stops looking.

“You come at it from heart and courage,” she explained. “It’s a challenge to find the good in someone that society is poised to kill. That’s our mandate and we have to do that because life is sacred.”

Stevens most recently served as co-counsel to Dylann Roof, whose case is on appeal in the shooting deaths of nine members of the Emanuel African Methodist Episcopal Church in Charleston, South Carolina.

She was drawn to criminal defense work as an undergraduate at Washington State University where she volunteered with juvenile public defenders and was inspired by the difference they made in their young clients’ lives.

When it was time to apply to law schools, Wake Forest Law rose to the top of her list and solidified Stevens’ interest in criminal defense. Professor Charley Rose’s criminal law class was a favorite, Dean Suzanne Reynolds (JD ‘77) impressed her with her openness and a criminal procedure class taught by Professor Rhoda Billings (JD ’66)  reinforced Stevens’ belief in the importance of a public defender’s work in upholding the Constitution.

Professor Carol Anderson identified Steven’s potential as a trial lawyer referring to Stevens as a diamond in the rough and placing her on the National Trial Team. Stevens later returned to help coach the law school’s American Association for Justice (AAJ) Trial Team until about four years ago.

“The faculty at Wake Forest taught us to be responsible, to be a good citizen, to return calls, to be kind, to be ethical,” she said, “but above all, to believe in ourselves.”

Stevens was practicing at Womble Carlyle in 1997 when she took on John Daniels’ defense pro bono. Daniels was accused of strangling his elderly aunt.

“I loved the Constitutional law and the investigation and putting the case together,” she said.

Hours before Daniels was to be executed in 2003, a psychiatrist asked then-Gov. Mike Easley for clemency because prosecutors never gave Stevens medical records about Daniels’ history of depression and brain damage from alcohol and cocaine use. The doctor learned of those records after Stevens unearthed the missing paperwork and gave it to her.

“When it’s your client, it affects you in ways you can’t describe,” Stevens said. “Often, they’ve changed through the years.”

Easley didn’t change his mind and Stevens had to tell her client there was no hope.

They hugged and cried. Stevens was among those who watched the execution.

“When you save a life, when you can participate in that happening, that keeps you going the next day,” she said. “The losses are almost not survivable.”

Stevens has negotiated life sentences for other clients including Demario James Atwater, who kidnapped and shot to death Eve Carson, the University of North Carolina at Chapel Hill student body president, and Quincy Allen, a South Carolina man who in 2002, shot to death two men at a Surry County convenience store.

Stevens brings a rare combination of curiosity and compassion to the relationships she develops with her clients, says Professor Mark Rabil, director of the law school’s Innocence and Justice Clinic, who has worked with Stevens on six capital cases that ended in plea deals for life.

“She has a way of seeing through them to the original core of who they were,” he said. “People weren’t born this way. They may or may not have genetic propensities for addiction or mental illness, but most people are not born evil. They’re essentially just people, kids, who come into environments that you try to reconstruct. Kim’s expert at that.”

In addition to drawing on a well of compassion, Stevens is also one of the most prepared attorneys Professor Rabil has known.

“Kim has a very quiet presence, but she also has almost instant recall of everything that happened in a case,” he said. “Her files are meticulously organized for trial, which is why she’s such a great teacher.”

She and Professor Rabil were featured in USA Today in January 2017.

“I’ll do all I can for a client whose life demands it,” she said. “You can’t rest until you’ve unturned all of the stones.” 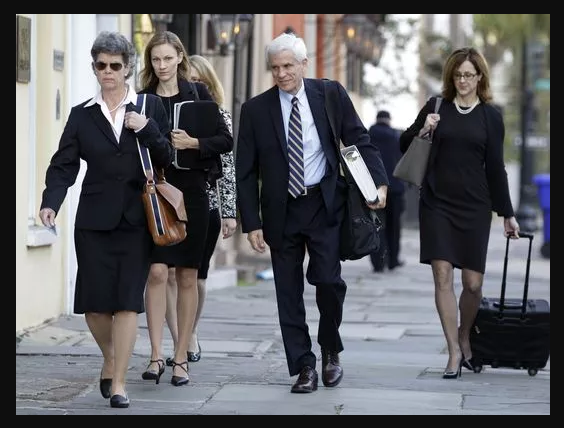