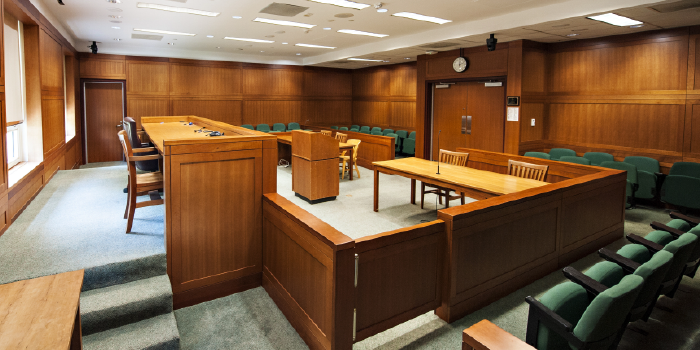 A Wake Forest Law trial advocacy team is once again among 16 teams chosen to compete in the 2017 Tournament of Champions (TOC), sponsored by the National Board of Trial Advocacy (NBTA). The competition, which will run Nov. 1-4, 2017, will be held in downtown Los Angeles at the new Federal Courthouse on the Loyola Law School campus.

It is the second time in as many years that Wake Forest has been invited to participate in the Tournament of Champions. Wake Forest Law was the winner of AAJ’s 2017 National Student Trial Advocacy Competition and the 2017 National Moot Court Competition — the only law school to have won both national titles in the same year since 2005. The winning AAJ trial team was coached by Adjunct Professor Matthew Breeding (JD ’06) and winning the National Moot Court team was coached by Professor John Korzen (JD ’91).

In addition to the AAJ national championship, Wake Forest’s first trial advocacy championship, Wake Forest has won the TYLA NTC Regionals three years in a row, and five of the past six years, explains Adjunct Professor Mark Boynton (JD ’97), who also coaches the TOC team with Breeding as well as the law school’s National Trial Team (NTT). “Matt and I select two students from each of the NTC and AAJ teams to form the TOC squad and will coach that squad together,” Boynton says.

“It’s a big day to be a Demon Deacon,” said current team member Anna-Bryce Flowe (JD ’18) when the announcement was made. “Beyond proud of Wake Forest’s trial advocacy program for being selected as one of the Top 16 in the country. Can’t wait to represent Wake Forest alongside some of the best advocates I’ve ever known!”

Other team members, according to Boynton, will be Libby Casale (JD ’18), Joe Karam (JD ’18) and Zach McCamey (JD ’18) and all members of the NTT and AAJ teams will participate in support roles as they are able.

The 2016 Wake Forest team earned the second highest number of points of all teams at the NBTA Tournament of Champions hosted by the University of California, Berkeley, School of Law in San Francisco on Oct. 20, 2016. The squad garnered a total of 1,058 points out of 1,200 possible through the two days of competition, placing second only to the No. 1 seed, Chicago Kent, with 1,066 points.

That team’s coaches — Breeding and Boynton — emphasized the development of practical skill sets that will be valuable in litigation and not just mock trial competitions. According to the coaches, this is demonstrated in the real-world professionalism of the students.

Boynton adds, “Something that gets missed is the tremendous commitment and effort of these students who participate in the TOC. This particular competition is essentially ‘unscheduled’ in that we don’t know we are in fact invited until July. With our regular spring competitions, the date ranges are known and we and the students can plan classes, life schedules and work to accommodate. Not the case with the TOC. All of the students who will make up the squad this year have to fit this trial prep and the competition into a heavy fall schedule that was loaded and set with the expectation of the spring competitions. These students undertake a significant commitment of time and energy to represent Wake Forest. I am always deeply grateful for the law school and the university’s support, without Dean Suzanne Reynolds and Provost Rogan Kersh we would not be able to participate. However, I want folks to understand and appreciate how fully these students avail themselves of this opportunity and the sacrifices they make to do so.”