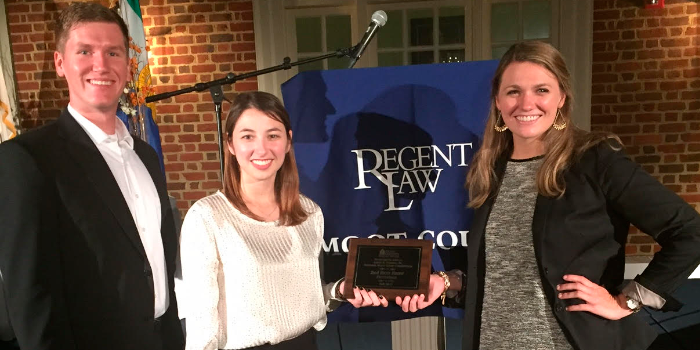 The problem was a mock United States Supreme Court oral argument. In the problem, two issues were granted certiorari. The first issue focused on the rationality of a statute that imposed licensing requirements on casket sellers in the fictional state of Clintonia. The second issue contemplated the Fourth Amendment implications of the search and seizure of a USB drive from the petitioner’s home by a private actor who then delivered the USB drive to the police.

The team is very grateful to Professor Ron Wright for his support as the team’s coach. The team is also thankful for the students and faculty members who helped judge practice oral arguments.