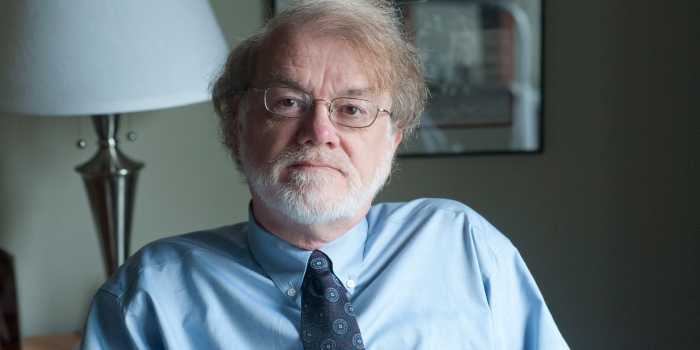 Visiting Professor Gordon Widenhouse (JD ’81) will speak to Wake Forest Law about the Jeffrey MacDonald case on Wednesday, Oct. 25.  In the pending 4th Circuit case, Professor Widenhouse is one of the attorneys for MacDonald, who has applied for parole as he serves three life sentences for the 1970 murders of his pregnant wife and two daughters.
Professor Widenhouse will speak to Professor Mark Rabil’s class as part of the Innocence and Justice Clinic at 4 p.m. on Wednesday, Oct. 25 in Worrell Professional Center Room 1306.  The discussion is open to all Wake Forest Law faculty and students.
Professor Widenhouse joined the Wake Forest Law faculty  as a visiting professor of practice after more than 35 years of handling appeals and post-conviction litigation.  He has appeared frequently before the Supreme Court of North Carolina, the North Carolina Court of Appeals and the United States Court of Appeals for the Fourth Circuit
A description of Jeffrey MacDonald’ s case follows:

Dr. Jeffrey MacDonald was a military physician at Ft. Bragg, North Carolina, in 1970 when his pregnant wife and two daughters were brutally murdered.  MacDonald was injured and called 911 for help.  In 1979, in spite of the military’s early decision not to prosecute, the U.S., under a great deal of pressure, decided to prosecute and MacDonald was convicted by a jury.  He has maintained his innocence since 1970 and has been imprisoned since 1979.

The case was the subject of the book “Fatal Vision,” which was made into a TV miniseries.  Recently, Errol Morris, the filmmaker who made “The Thin Blue Line,” wrote an excellent book about the case, “A Wilderness of Error.”

After a lot of litigation, MacDonald won the right to conduct DNA testing on a number of hairs from the crime scene, hairs which he argues could only have come from the murderers, and which did not come from him.  He also argues that evidence from a direct witness to the crime was wrongfully suppressed.