Robert “Bobby” J. Higdon, Jr. (BA ’85, JD ’89), a white collar and investigations partner for Williams Mullen in Greensboro, North Carolina, has been sworn in as United States Attorney for the Eastern District of North Carolina, following his nomination by President Donald Trump on Aug. 2, 2017, and confirmation by the U.S. Senate on Sept. 28. 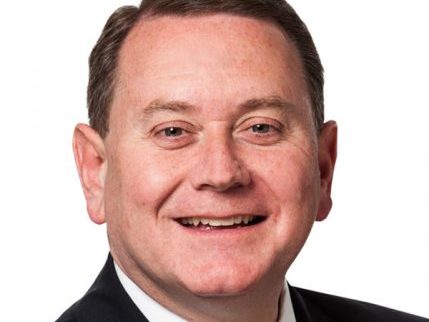 “It is an honor and a privilege to serve the people of the Eastern District of North Carolina as United States Attorney. I am grateful to President Trump for this opportunity and I want to thank Senators Richard Burr and Thom Tillis for their strong  upport though the confirmation process,” Higdon told WWay News.

Higdon’s new position as the top-ranking federal law enforcement official in the district, which includes the 44 eastern-most counties of North Carolina, will involve prosecuting federal crimes in the district related to terrorism, child exploitation, firearms, public corruption and narcotics; defending the United States in civil cases and collecting debts paid to the United States.

Higdon has also visited Kosovo multiple times to teach lawyers and police officers about law.  He was part of a partnership with the United States Department of Justice and Kosovo’s chief police inspector to teach the developing country how to fight crime and develop new criminal procedure as well as their prosecution and investigative skills. The effort aimed to build respect for the rule of law in their home country.

On Higdon’s trips, he conducted investigations and develop statutes and rules and procedures.

“There is no question that they have serious crime problems,” Higdon previously told Wake Forest Law. “They have public corruption problems. They have human trafficking problems, drug trafficking problems. But as we often tell them, they have the same problems we have. So that is what has made this partnership valuable for both of us is that we’re dealing with the same issues. I often tell them we just have a 200-year head start on the systems we’ve developed.”

Prosecutors, defense attorneys and police officers from Kosovo also come to Raleigh for training. During one of their visits, Higdon asked Professor Dick Schneider, associate dean for international affairs at the School of Law, to meet with the Kosovars. Schneider described the law school’s LL.M. program, a one-year program for legal professionals from other countries. That led to three students from Kosovo – prosecutor Shqipdon Fazliu and judges Kreshnik Radoniqi and Valon Kurtaj – enrolling in the LL.M. program in 2012. As a result, a group of Kosovars have come to study at the law school in the LL.M. program each fall for the past five years.