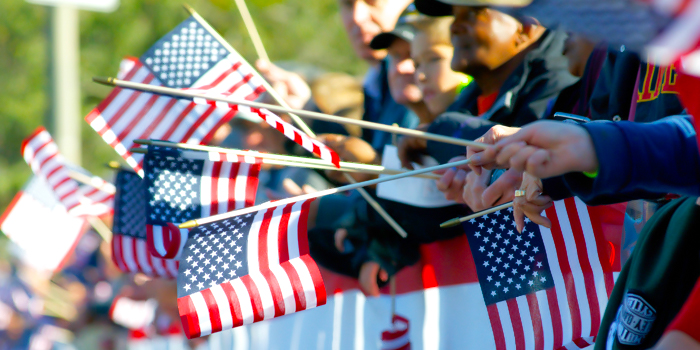 With renewed interest being given to veterans concerning Post-Traumatic Stress Disorder (PTSD) and other combat-related mental illnesses and addictions, the Wake Forest University School of Law’s Veterans Legal Clinic has turned its attention to representing qualified veterans in discharge upgrade petitions.

Brandon E. Heffinger (JD ‘14), a captain in the U.S. Marine Corps Reserves, serves as the director of Veterans Legal Clinic and an adjunct faculty member, and Chris Salemme (JD ‘17), who is a 1st Lieutenant in the U.S. Army, is serving as the Clinical Fellow.

One of the clinic’s clients, Kevin Webb, describes its services as a God send. “For several years I have tried to get my legal matters resolved with the VA (Veterans Administration) to no avail,” Webb says. “But once I was accepted into the program at Wake Forest Law, I have been thoroughly pleased with the entire process. I am now optimistic about my situation being resolved.”

Heffinger says Webb is not alone. “Approximately 125,000 post-2001 veterans cannot access basic VA services. For most of these veterans, a bad-paper discharge is the roadblock.”

Upon leaving the military, the now veteran receives an official record of his or her service called a “Certificate of Release or Discharge from Active Duty” (commonly referred to as a “DD 214”). This document includes a “characterization of service” such as honorable, general under honorable conditions, other than honorable, bad conduct, or dishonorable. Discharge characterizations are important because the VA denies benefits to former service members whose discharge classifications do not meet VA requirements.

Because some discharges are improperly or unfairly classified, the military allows former service members to apply for a discharge upgrade. Each branch of the military has both a Discharge Review Board and a Board for Correction of Military (or Naval) Records. Former service members can assemble applications and attempt to convince a review board that their discharge characterization meets the legal standard to be considered “inequitable” or “improper” and should be upgraded. This is a complicated process, and an applicant’s chances of success increase significantly if they are assisted by an attorney.

In particular, the clinic would like to encourage former service members who suffer from post-traumatic stress disorder (PTSD) due to service in combat to strongly consider applying for a discharge upgrade. PTSD was not recognized by the military as a justification for a discharge upgrade until recently, so many service members suffering from PTSD due to service in combat were discharged with unfairly negative discharge classifications.

The Veterans Legal Clinic, which provides legal assistance on a pro-bono basis to North Carolina military personnel, including active-duty service members, reservists, veterans and non-affiliated veterans, is equipped to help service members through the legal process of upgrading their discharge classification to enable them to qualify for the VA benefits they deserve.