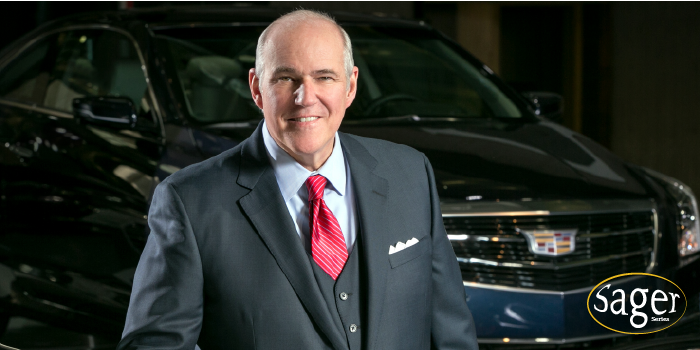 The Wake Forest School of Law Business Law Program (BLP) and Business Law Society will present Craig Glidden of the General Motors Co. on Tuesday, Feb. 6, 2018, as part of the distinguished Sager Speaker Series.  The event is scheduled from noon to 1 p.m. in the Worrell Professional Center, Room 1312.

Mr. Glidden is executive vice president and general counsel for the legal and public policy division of General Motors Co., a position he has held since he joined GM in March 2015. He leads a team of attorneys and professionals who serve GM’s regional and functional teams in more than 30 countries. Prior to joining GM, Mr. Glidden had been chief legal officer and executive vice president of legal and public affairs and corporate secretary for LyondellBasell, one of the world’s largest plastics, chemicals and refining companies, according to his company profile.

Glidden is licensed to practice law in Texas and Florida. He is a member and past chair of The General Counsel Forum and served on the board of the Houston Bar Foundation.

In March 2018, the Business Law Program will present Edward Welch, partner of corporate and securities litigation for Skadden, Arps, Slate, Meagher & Flom LLP. Mr. Welch has led teams that have defeated challenges to more than $200 billion in corporate deals. He frequently has represented clients in administrative proceedings, usually in connection with mergers and acquisitions. In addition, he frequently provides Delaware general corporation law advice with respect to transactional matters.

Mr. Welch will join the Wake Forest School of Law community at noon on Thursday, March 22, 2018, in the Worrell Professional Center, Room 1312.

In September 2017, the Business Law Program, as part of the 2017-18 Sager Speaker Series, hosted Kenneth Feinberg, mediator and arbitrator, who has been involved in resolving some of the nation’s most protracted, complex and emotional disputes involving a wide range of interests and clients. He is publicly recognized as redefining the practice of law, bringing opposing sides of legal disputes together. He is one of the nation’s foremost mediators, arbitrators and experts in other forms of alternative dispute resolution and negotiation strategy.