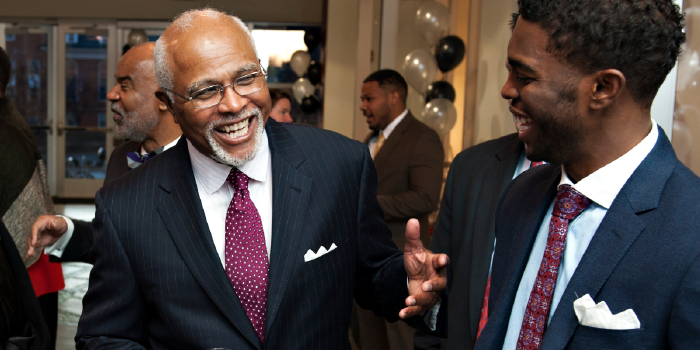 Michael A. Grace (JD ’77), an adjunct professor for the Wake Forest University School of Law, will receive the Wade M. Smith Award from the North Carolina Bar Association’s Criminal Justice Section at the Gilchrist/Smith Awards Dinner at 6 p.m. on Thursday, Feb. 1, in Raleigh.

The Criminal Justice Section is dedicated to helping all North Carolina criminal lawyers (defense attorneys, prosecutors and judges) better serve their clients and this state. The annual Peter S. Gilchrist III and Wade M. Smith awards banquet and CLE are designed to honor the career accomplishments of a prosecutor and defense attorney, and to update practitioners on changes in the law and probe deeply into specialized areas, according to the NCBA website.

The Criminal Justice Section also will be honoring W. Clark Everett with the Gilchrist award at the dinner.

Grace, who is married to Wake Forest School of Law Professor Simone Rose, opened his own law practice in 1981 and has been engaged in private practice and criminal defense in Winston-Salem for more than 30 years, according to his firm’s website. He has been admitted to practice in federal courts throughout the United States. Grace and the firm Grace, Tisdale & Clifton are one of the two local firms who represent local law enforcement through the Police Benevolent Association. 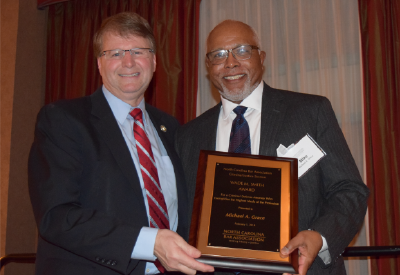 Grace earned his Juris Doctorate from Wake Forest University School of Law in 1977 and his Bachelor of Arts degree in History from the University of North Carolina at Asheville in 1974. He has been admitted to practice in North Carolina since 1977. He is also admitted to practice in the U.S. District Court, Middle, Eastern, and Western Districts of North Carolina; the U.S. Court of Appeals; and the Fourth Circuit Court of Appeals. Prior to his work as a defense attorney, Grace worked as a staff attorney for Congressmen Lamar Grudger and Ike Andrews. By appointment of former President Jimmy Carter, Grace served as Special Assistant to the Attorney General in the U.S. Department of Justice.

In 2009, he received the Roy A. Taylor Distinguished Alumnus Award at UNC Asheville’s annual Distinguished Alumni Awards for his career as a lawyer in Winston-Salem, and he was inducted into the UNC Asheville Athletic Hall of Fame. In 2015, Grace was appointed by the Chief of Justice of the Supreme Court to be a Commissioner on the Innocence Commission. He also currently serves on the Death Penalty Due Process Review Project Committee for the North Carolina Bar Association and the North Carolina Administrative Office of the Courts Committee in search for a new director.