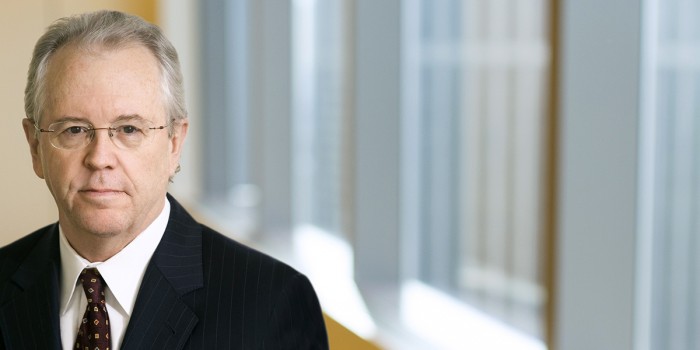 The Wake Forest School of Law Business Law Program (BLP) and Business Law Society will present Edward Welch of Skadden, Arps, Slate, Meagher & Flom LLP on Thursday, March 22, 2018, as part of the distinguished Sager Speaker Series. The event, which is free and open to the public, is scheduled from noon to 1 p.m. in the Worrell Professional Center, Room 1312.

Welch concentrates on corporate and securities litigation, including the defense of class and derivative actions, with an emphasis on mergers and acquisitions. In the past three years, Welch has led teams that have defeated challenges to more than $200 billion in corporate deals, according to his firm’s website. He frequently represents clients in administrative proceedings, usually in connection with mergers and acquisitions, and he provides Delaware general corporation law advice with respect to transactional matters.

In the corporate arena, Welch has, among others, represented:

Welch repeatedly has been selected for inclusion in “Chambers USA: America’s Leading Lawyers for Business,” “The International Who’s Who of Corporate Governance Lawyers,” “The Legal 500 United States” and “The Best Lawyers in America” and he has been named as one of the 500 leading lawyers in the country by “Lawdragon Magazine.” Welch also was named “Best Lawyers’” 2017 Wilmington Litigation – Securities Lawyer of the Year and its 2015 Wilmington Corporate Law “Lawyer of the Year.”