U.N. Special Rapporteur and Professor John Knox calls for recognition of the human right to a healthy environment 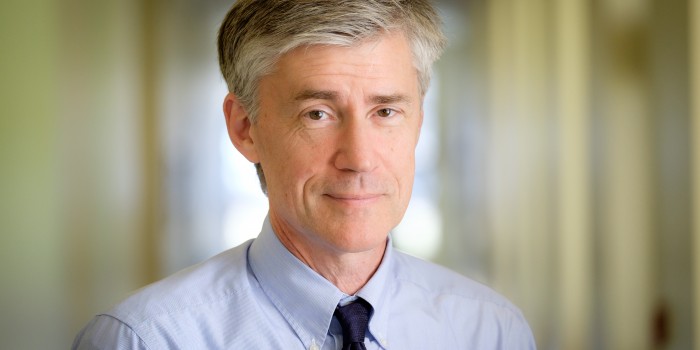 Over the past six years, Professor John Knox has traveled thousands of miles, journeying to places such as Madagascar, Mongolia, and Uruguay, all for the sake of an idea.

“A healthy environment is necessary for us to be able to enjoy lives of dignity, equality, and freedom,” Knox has said. “And the exercise of human rights such as rights to information and public participation are vital to the protection of the environment.”

Since being appointed by the U.N. Human Rights Council in 2012, Knox has promoted the use of internationally and constitutionally recognized human rights, including rights of freedom of expression and assembly, to defend the environment from harm.

The Council extended Knox’s mandate in 2015, and appointed him to be the first-ever Special Rapporteur on the issue of human rights and the environment.

Knox has published and presented more than a dozen reports to the Council, addressing the application of human rights to a wide array of issues, from climate change to biodiversity to the rights of children.

His work culminated this March with a final report, in which he set out 16 “framework principles” that provide guidance for the implementation of human rights obligations in the environmental context.

Like this shared narrative, Knox’s own story, too, is embedded in the lives of the people he encountered during his travels across the world. From government officials to indigenous leaders, from climate negotiators in Paris to community activists, from environmental defenders to concerned mothers, each have imparted their own stories to Knox in the course of his work. Some of the voices behind these stories also note the importance of Knox’s influence in their own lives.

“I think the main reason I am alive is because of John,” said Phyllis Omido at the 2018 Wake Forest Law Review symposium on natural resources and human rights. “In 2013, there we many attempts to kill me, but a letter from John’s office to the government of Kenya, which discussed the work we were doing, immediately caused the aggressors to back off.”

“Being an environmental defender is one of the most dangerous occupations in the world,” Knox says. “On average, every week four environmentalists are killed as a result of their work, somewhere in the world. Many more face harassment, violence, threats, and unlawful detention.”

One way to combat threats to these vulnerable populations is through education.

In line with this principle, Knox joined the Universal Rights Group and several other organizations in developing and launching an educational web portal, environment-rights.org, which provides an extensive list of resources for environmental defenders and human rights advocates. The site launched in 2017.

Beyond his concentration on human rights and environmental defenders, Knox has focused his research and subsequent principles on educating citizens – even the youngest readers among them. One of his reports to the Human Rights Council in 2018 highlighted children’s rights and the environment, and with the help of children “translators” in Northern Ireland, was also released in a “child-friendly” version.

His focus on future education is not limited to his work with the United Nations. At the beginning of the 2017-2018 school year, Knox announced the launch of the new Geneva Externship Program, enabling Wake Forest law students to work at an international organization or nonprofit in Geneva, Switzerland.

Knox’s mandate concludes this summer. The Council has renewed the mandate for another three years, but he cannot serve another term, so his replacement will be named this July.

“This has been an inspiring and humbling mission,” Knox says. “I have met some of the most courageous people in the world, who are risking their lives to protect the environment that we all depend upon. It has been a great honor to support them in their efforts.”

Read more of Professor Knox’s research and scholarly contributions at srenvironment.org. You can also follow him on Twitter @SREnvironment.