A light lunch, for the event that will be co-sponsored by the Business Law Society, will be served. Professor Omari Simmons, who is the founder and director of the Business Law Program, will interview Archer. The event is free and open to the public. 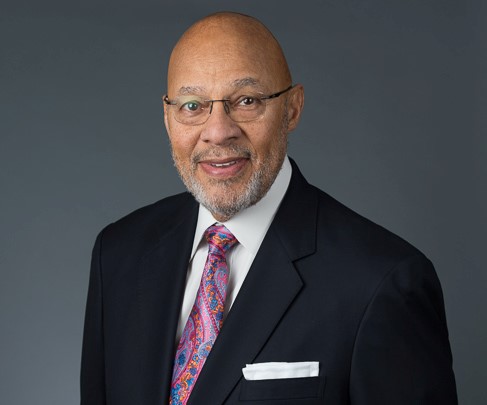 Archer is Chairman Emeritus of Dickinson Wright PLLC. He served two four-year terms as mayor of the City of Detroit (1994-2001) and earned national and international respect for his success in changing Detroit’s image and direction. He is past president of the American Bar Association, breaking the color barrier as the first African-American ABA president in 2003, and has been active in several bar associations, eventually serving as president of the State Bar of Michigan, the Wolverine Bar Association and the National Bar Association. He also served as an associate Justice on the Michigan Supreme Court from Jan. 1, 1986 to Dec. 27, 1990.

In addition to his service to the legal profession, Archer serves on the Board of TopBuild (BLD), a publicly-traded company headquartered in Daytona Beach and has served on numerous charitable and civic boards, including the Detroit Regional Chamber of Commerce, the Bipartisan Policy Center and the Community Foundation of Southeastern Michigan.

In 2016, Archer accepted the ABA Medal, the highest honor given by the American Bar Association.

“I am indeed, humbled and deeply honored,” Archer said at the time, according to his firm’s website. “Whenever the ABA Medal has been awarded, I have felt that those who were awarded the medal were outstanding legal giants and worthy of receiving the highest award that the ABA can bestow upon a lawyer or judge. So when Paulette Brown let me know I would receive the award, I did all that I could to contain my emotions because it is such a unique and high honor.”

The ABA Medal recognizes exceptionally distinguished service by a lawyer or lawyers to the cause of American jurisprudence and is given only in years when the ABA Board of Governors determines a nominee has provided exceptional and distinguished service to the law and the legal profession. Among previous recipients are legendary justices of the U.S. Supreme Court, including Oliver Wendell Holmes,Felix Frankfurter, Thurgood Marshall, William J. Brennan, Jr., and Sandra Day O’Connor. Other recipients include Oliver Hill, Watergate Special Prosecutor Leon Jaworski; human rights activist Father Robert Drinan; co-chair of the Bill and Melinda Gates Foundation, William H. Gates, Sr.; and prominent attorneys David Boies and Theodore Olson.

William T. Burgess, CEO of Dickinson Wright, added, “His long and illustrious career as a practicing lawyer, state Supreme Court justice, two-term mayor of Detroit, chairman of our firm, and first African-American president of ABA, is unequaled by today’s or any other standards. He has served as a mentor and role model for countless young lawyers. The admiration and respect of his peers has been earned by his commitment, resolve, vision and breadth of accomplishment.”

The distinguished Sager Speaker Series is named for Thomas Sager (JD ’76), former vice president and general counsel for Dupont Co., and current partner at Ballard Spahr LLP. The Sager Series is a part of the Business Law Program, which is a student-centered program designed to expand student opportunities that strengthen knowledge of business law concepts as well as develop skills to assist professional development and readiness for practice.