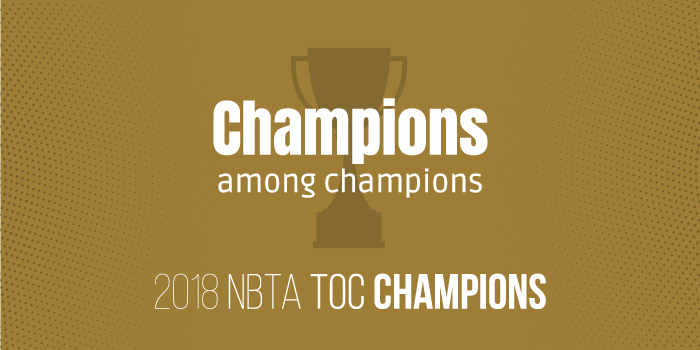 The competition is an invitation-only trial advocacy tournament that selects the sixteen highest ranked trial advocacy programs in the country to compete for the champion’s title. Wake Forest entered the tournament with a No. 1 TOC ranking for its collective team performances since 2016, a standing that would propel the Demon Deacons to meet Berkeley, Harvard, and others on their path to the final round.

“We faced challenging preliminary rounds against the talented Georgetown, Harvard, and Chicago-Kent teams,” says Coach Mark Boynton. “When we met the perennial powerhouse Berkeley in the semifinals, they were allowed to elect which side of the trial they would take since they were the No. 1 seed — and we still managed to defeat them.”

The Demon Deacons faced the University of Akron School of Law in the finals which ended in a Wake Forest victory.

Based on their individual performances, members of the Wake Forest team were offered employment assistance from several competition judges, including the federal judge presiding in the final round. “I cannot overstate the impression these students made upon everyone who witnessed them and the great honor they brought to Wake Forest,” said Coach Boynton.

The win at the TOC comes after multiple national championships. Wake Forest School of Law is the only law school in recent history to win the AAJ Student Trial Advocacy Competition, the National Moot Court Competition, the American College of Trial Lawyers National Trial Competition, and the Tournament of Champions in consecutive years.

“I don’t know of any law school that has done what we have done in two years,” says Dean Suzanne Reynolds. “But Wake Forest did it. What talented, dedicated students and coaches we have!”

Boynton adds, “we have proved by every objective measure that we are currently one of the best trial advocacy programs in the nation.”