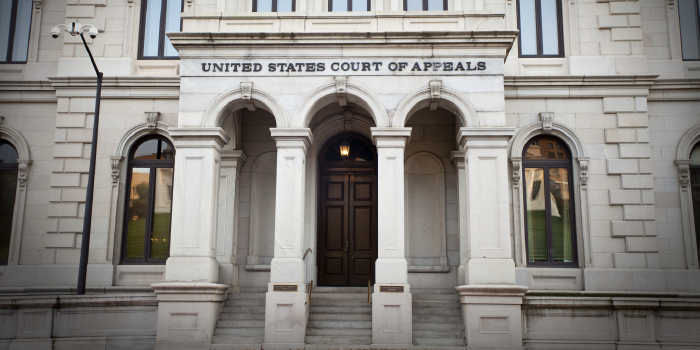 The Innocence & Justice Clinic has long represented John Robert Hayes, whose appeal will be heard that day. The oral argument will be made by third-year law student, Raquel Macgregor (JD ’19), a member of the Appellate Advocacy Clinic.

Hayes, who was convicted in 1994 of two-counts of second-degree murder, maintains that he was wrongfully convicted due to the withholding of favorable evidence by Forsyth County prosecutors or the ineffective assistance of his trial counsel. Hayes is currently serving two life sentences.

Mark Rabil, professor and director of the Wake Forest Innocence & Justice Clinic, has been Hayes’s attorney since 1998. He filed an appeal in August 2018 to the Fourth Circuit on the grounds of “new reliable evidence of innocence” that Rabil claims was hidden during the trial and for the more-than two decades that followed.

After receiving a response to Rabil’s brief from the N.C. Attorney General’s Office, which represents the Forsyth County District Attorney’s Office on appeal, the Wake Forest Appellate Advocacy Clinic prepared a reply brief.

Co-written by Macgregor and fellow law student Sarah Spangenburg (JD ’19) under the supervision of the clinic’s director, John Korzen (BA ’81, JD ’91), the reply contends that, “the State’s response brief misconstrues the actual innocence standard” in both purpose and application.

A three-judge panel of the Fourth Circuit will hear argument on Hayes’s claims. This is the third time in Wake Forest Law’s history that the Innocence & Justice and Appellate Advocacy clinics are collaborating on a wrongful conviction case in the federal court system.

The Innocence & Justice Clinic has been working on Hayes’s case since its founding in 2009 with more than 20 Wake Forest law students contributing to its casework.