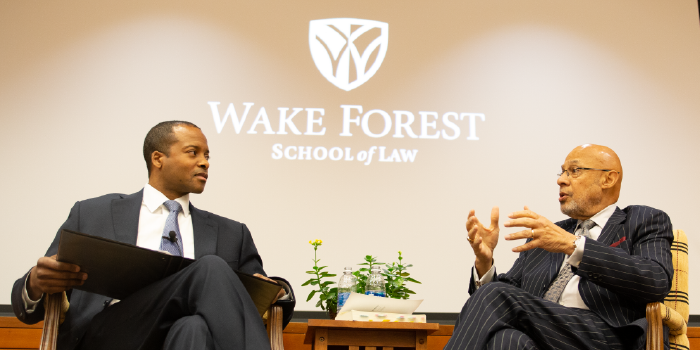 The Sager Speaker Series is named for Wake Forest alumnus Thomas Sager (JD ’76), former vice president and general counsel for Dupont Co., and current partner at Ballard Spahr LLP. Sager was a strong and early proponent of diversity in the legal profession and helped pioneer the DuPont Convergence and Law Firm Partnering Program, or DuPont Legal Model, an industry benchmark that has received national acclaim for its innovative approach to the business of practicing law.

All Sager Speaker Series events are free and open to the public. 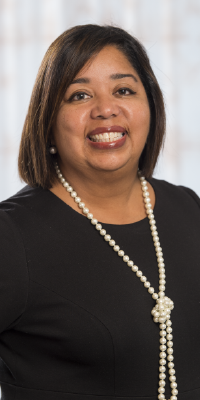 Veta Richardson, president and chief executive officer of the ACC, will join the Sager Speaker Series at noon on Thursday, Sept. 19, 2019, in the Worrell Professional Center, Room 1312.

The ACC is “the world’s largest legal association dedicated exclusively to serving the interests of in-house counsel,” according to the organization’s website. Richardson is responsible for increasing the global footprint of the ACC. She also leads the development and implementation of the ACC’s strategic plan and vision.

Prior to her current role at the ACC, Richardson dedicated ten years to the Minority Corporate Counsel Association (MCCA) as the organization’s executive director. In this role, she helped MCCA emerge as a “thought leader on diversity, recruitment, retention, and pipeline initiatives for multinational corporations around the world,” according to her ACC profile.

Earlier in her career, Richardson also served the ACC as vice president and deputy general counsel. In this role, she was responsible for overseeing the development of online resources and continuing legal education (CLE) for in-house lawyers.

Her in-house expertise was shaped through her work as in-house counsel at Sunoco, Inc., where her practice focused on corporate governance, transactions, securities disclosure, and finance for more than a decade. 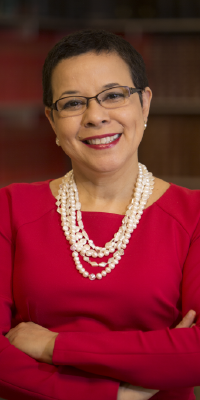 Romero is responsible for providing legal counsel to the University’s president and other senior academic and administrative officers, according to her University profile. She also advises on the legal implications of University policy and decision-making and manages the Office of the General Counsel.

Prior to joining Princeton University, Romero served the U.S. Department of Agriculture (USDA) as general counsel where she oversaw the work of over 300 legal and ethics professionals. Before joining the Obama Administration, Romero worked at E.I. du Pont de Nemours and Company (DuPont) in a variety of legal roles. She dedicated the first decade of her career as a commercial, white collar, and government contracts litigator at Crowell & Moring LLP in Washington, D.C.

From 2008-2009, Romero, who is originally from the Dominican Republic, served as the Hispanic National Bar Association (HNBA) as national president. During her term, she founded the Latina Commission. She also developed and launched the Hispanic Appointments Project, which “advocated for and supported President Obama’s appointment of Hispanic lawyers to all levels of the Federal judiciary and Executive Branch,” according to her University profile.

Romero earned her BA from Barnard College and her JD from Harvard Law School.