Two decades in the pursuit of justice 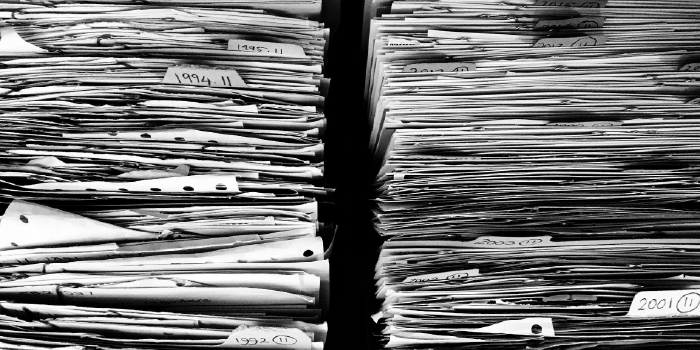 In 1998, “Saving Private Ryan,” “Armageddon,” “Titanic,” and “There’s Something About Mary” were among the five biggest films of the year, and “Harry Potter and the Sorcerer’s Stone” was published for the first time in the United States.

It was the same year attorney Mark Rabil began working on the John Robert Hayes case.

On the evening of July 25, 1993, Waddell Lynn Bitting and Stephen Joel Samuels died after they were shot on East 22nd Street in Winston-Salem, near an illegal drink house. Three months later, Winston-Salem police arrested John Robert Hayes for the murders. At trial, prosecutors said Hayes walked out of that drink house, went to the trunk of a blue car parked on the street, pulled out a gun, and started firing into the crowd from the curb. The narrative was based on eyewitness testimony.

A Forsyth County jury found Hayes guilty, and a judge sentenced him to two life sentences for second-degree murder. His automatic appeal was unsuccessful. Then Rabil got the call.

“His family reached out to me after his conviction,” said Rabil, now an associate clinical professor of law and director of the Wake Forest School of Law’s Innocence and Justice Clinic. “It was like a daylong trial with a lawyer who worked for 10 hours before the trial on a double homicide case.”

“At the time, I knew that discovery or reports were not turned over because they were not required to be turned over until the law was changed in 2004,” Rabil said. “I knew things had to be hidden. Without those reports it was tough to track down witnesses.”

As a private practitioner, Rabil worked on Hayes’ case with an investigator. Although his association with the School of Law began in 1983 with the Ligation Clinic, Rabil’s work on the Hayes case kicked into higher gear with the founding of the school’s Innocence and Justice Clinic in 2009.

The clinic setting gives Wake Forest law students the opportunity to explore the causes of wrongful convictions and gain hands-on experience while investigating claims of innocence with clients like John Hayes.

Rabil has long contended, in and out of court that prosecutors did not turn over evidence as required by law until 2013. That is 19 years after Hayes was convicted. The evidence includes shell casings that contradict the State’s narrative, a third shooting victim whose description did not match Hayes, and at least eight witnesses who identified someone else as the shooter.

It’s the same year Rabil was named Director of the Innocence and Justice Clinic.

“After interning at the Forsyth County DA’s office, I figured I’d sign up for the Innocence and Justice Clinic to get a different perspective of the criminal justice system,” said Travis Talbot (JD ’11), now principal court attorney at the New York State Supreme Court. Talbot said he and Chris Jackson (JD ’11) partnered on the case. “There seemed to be glaring Brady and discovery issues as well as real ineffective assistance of counsel claims, which gave us a few angles to start our post-conviction relief research.”

Some two dozen Wake Forest Law students have worked on the Hayes case through the Innocence and Justice Clinic. They combed through more than 100 pages of evidence turned over by the district attorney’s office between 2011 and 2012. When the DA’s office announced it would no longer engage in this informal discovery, the Clinic filed a motion to compel it.

In March 2013, Hayes’s team filed a Motion for Appropriate Relief (MAR) and another motion for discovery. Later that month, the prosecutor’s office handed over 1,000 pages of documents, 17 audio recordings, photographs, and a crime scene video to the team. Students Jay Kyler (JD ’13) and Kelly Lantz (JD ’13) — now Kelly Lantz Kyler — started their work on the case with the Clinic in the spring 2013 semester. The two continued into the following semester as fellows to present the argument at the MAR hearing in North Carolina Superior Court in October 2014.

This hearing disputed the prosecution’s trial narrative, since the State held evidence in its files of other shooters, and eyewitness interviews conflicted with those presented at trial.

Raquel Macgregor (JD ’19) and Sarah Spangenberg (JD ’19) came to the Hayes case by way of the School’s Appellate Advocacy Clinic in fall 2018. They teamed up with Rabil and the Innocence and Justice Clinic to prepare the reply brief in the 4th Circuit U.S. Court of Appeals and conducted the oral argument at the 4th Circuit on Jan. 30, 2019, in Richmond, Virginia. It was the first time the two clinics partnered this way.

“There are few things more important than getting wrongly convicted people out of prison,” Macgregor said. “The most important experience I had was preparing for and arguing at the 4th Circuit.”

The focus of this brief was Hayes’ claim of actual innocence, drawing on the 1995 Schlup v. Delo U.S. Supreme Court decision that helped broaden the ability to reopen a case on the basis of new evidence of innocence. Crucial evidence, such as the location of shell casings on the drink house front porch, could not support the trial narrative that Hayes had shot into a crowd while standing at the curb. Testimony that no such shell casings were found on the porch was presented at trial in 1994, but police reports from the day of the crime show that a witness found the casings on the porch. Additional discrepancies in eyewitness testimony regarding the shooter’s clothing, hairstyle, and gun description, was not presented at trial.

The argument focused on the reasonable doubt this evidence would have presented to the jury back in 1994, since no forensic evidence tied Hayes to the crime, no motive or confession was presented, and Hayes continues to maintain his innocence after 25 years in prison.

“It was the most nerve-wracking thing I have ever done,” Macgregor said. “But I will have to do oral arguments in the future as a litigator, so this was great practice.”

Nearly three months later, the three-judge panel issued a written opinion that Hayes had failed to meet that legal standard. “While we ultimately did not win, I know I put in everything I could, and I am proud of the work we did representing Mr. Hayes,” said Macgregor.

While the 4th Circuit opinion was a disappointment, Rabil said he still plans to move forward. “Well, I’ve been working on the case for 20 years and John’s been in prison — this will be his 26th year,” he said. “There’s no question in my mind that it’s a wrongful conviction because there was so much evidence that was hidden.”

Because she is not a member of the Innocence and Justice Clinic, Macgregor said the seven hours she spent traveling to and from Richmond for the hearing gave her a better chance to get to know and appreciate Rabil’s tireless dedication to wrongful conviction clients. “He’s worked on countless innocence cases over the years, often shouldering all or most of the work on any given case himself,” MacGregor said. “He’s a hero with a tie.”

Moving forward, Rabil and his Wake Forest Law students will continue investigating, looking for other witnesses and turning to forensic science to evaluate the evidence.

“We’re going to file a motion for DNA testing on some of the shell casings and see if there are fingerprints to identify the real suspect in the case,” said Rabil. “We don’t really know what happened out there on that July night in 1993.”

Rabil said finding justice for Hayes is a strong motivator, but he’d also like to seek justice for Bitting and Samuel, who died 26 years ago, with an arrest of the actual shooter. Other options include what Rabil calls “gateways to innocence” such as filing for additional court hearings, seeking clemency from the North Carolina governor, or working with the media to bring more attention to the case.

The case has had a lasting impression on many Wake Forest Law students. Now a principal court attorney for a Supreme Court judge in Manhattan, Talbot spent seven years as a public defender in that same courthouse. He recommends the Innocence and Justice Clinic experience wholeheartedly.

“Our criminal justice system is far from perfect, and, at the very least, the Clinic should give you some hands-on criminal law experience as well as some perspective,” Talbot said. “You help people in unimaginably desperate situations, and our knowledge of the system, in general, tells us that many incarcerated people never received a fair trial. Some are actually innocent. Sometimes, you are their last hope.”

“Why am I sticking with it? Because once you develop  a relationship with somebody over 20 years, you’re not going to just let it go,” he said.

“I’ll continue to teach the Hayes case in the Clinic as an example of what goes wrong when the evidence is not turned over, and what goes wrong when you have a lawyer who doesn’t do their job,” Rabil said. “It also educates future lawyers, not only as practitioners, but also as citizens that they don’t want to vote for people who are hiding the ball or hiding the evidence.”