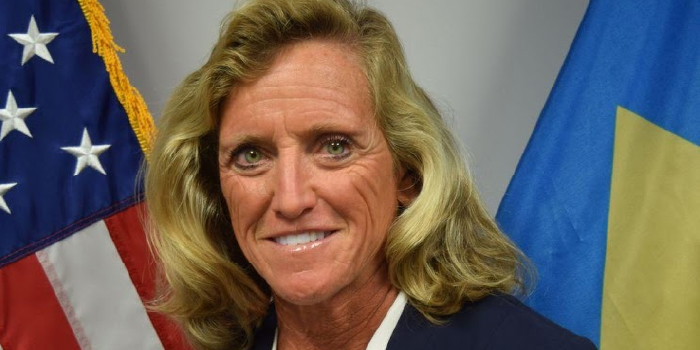 (Winston-Salem, N.C., Feb. 11, 2019) — The Wake Forest Business Law Program (BLP) will host Claire DeMatteis, commissioner of the Delaware Department of Corrections, as a distinguished guest of the Sager Speaker Series. She will join the Wake Forest Law community at noon on Thursday, Feb. 27, 2020, in room 1312 of the Worrell Professional Center.

As commissioner, DeMatteis is responsible for leading Delaware’s largest law enforcement agency. Prior to her role as commissioner, she was appointed as the Governor’s special assistant to the Department of Correction where she led the implementation of more than 40 reforms.

DeMatteis has accrued over 25 years of experience in corporate law, data and privacy protection, healthcare law, regulatory affairs, and congressional and government affairs, according to her biography. She has served numerous companies and organizations in a variety of roles, including:

Prior to her legal career, DeMatteis was a broadcast journalist for a CBS affiliate based in Delaware and Maryland.

The Sager Speaker Series is named for Wake Forest alumnus Thomas Sager (JD ’76), former vice president and general counsel for Dupont Co., and current partner at Ballard Spahr LLP. Sager was a strong and early proponent of diversity in the legal profession and helped pioneer the DuPont Convergence and Law Firm Partnering Program, or DuPont Legal Model, an industry benchmark that has received national acclaim for its innovative approach to the business of practicing law.

All Sager Speaker Series events are free and open to the public.